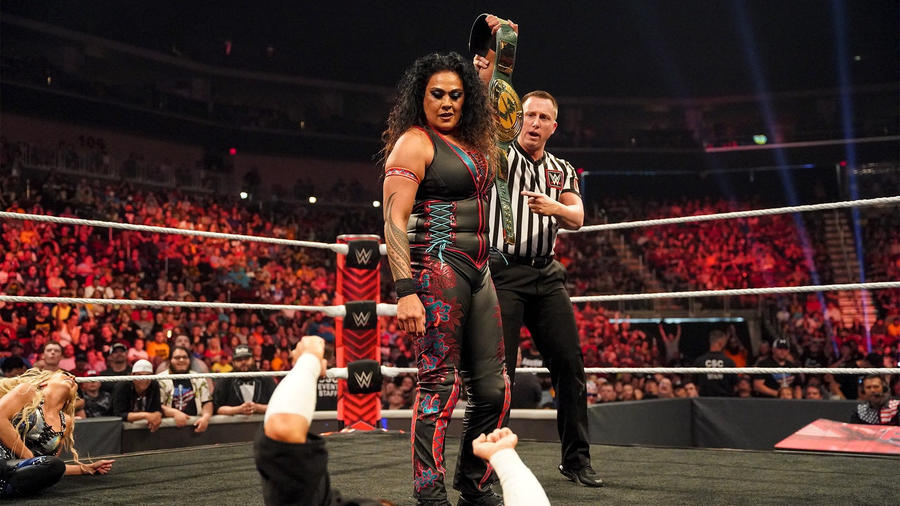 Tamina is a a stunning brawler with a WWE Hall of Fame lineage and unrelenting ruthless aggression who is more than capable of running rampant throughout WWE.

With overwhelming size and strength to go along with the ability to fly off the top rope, Tamina is a force to be reckoned with. When she's not overpowering her opponents in singles competition, Tamina takes full advantage of her intimidating presence while acting as the muscle behind other elite female Superstars including past alliances with the likes of Sasha Banks and Naomi to form Team B.A.D., a unique tandem with Lana and even linking up with Nia Jax to forge a powerful duo.

Since joining the Raw brand, she has been in the hunt for the 24/7 Championship, even winning it on a few occasions. She also found love as well, marrying fellow Raw Superstar Akira Tozawa in a double wedding ceremony with Dana Brooke and Reggie. However, the marriage would not last long as Tamina filed for a divorce a month later.