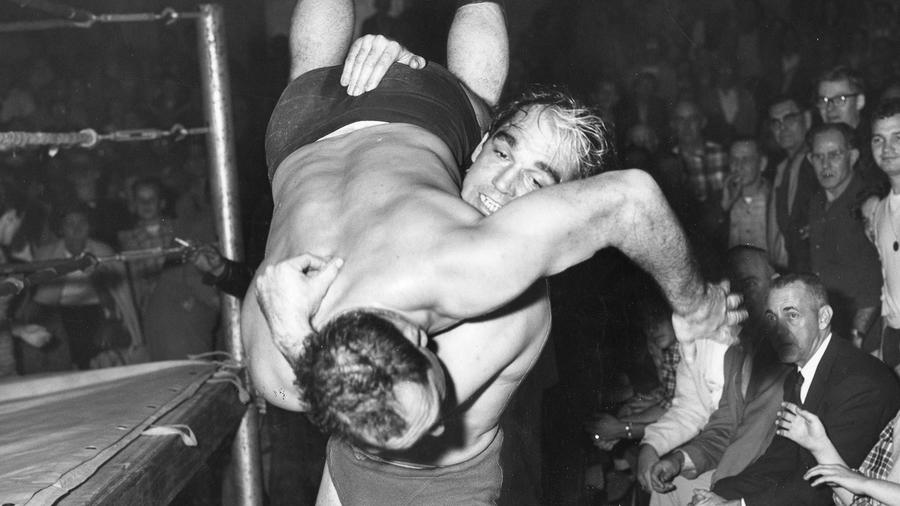 Long before the famed Monday Night Wars, Sputnik Monroe was shattering attendance records in Memphis, Tenn., in perhaps the most unique way imaginable.

With his incredible drawing power that often attracted 15,000 or so fans to shows, Monroe helped bring professional wrestling to new heights during an incredible career that spanned more than four decades from 1945-88.

But for all his achievements, perhaps nothing Monroe did between the ropes could even compare to the impact he made outside of them, as the acclaimed grappler tirelessly fought to end segregation in Memphis.

Monroe was of the belief that professional wrestling wasn’t being marketed properly to the area’s black fans, who were required to sit in the balcony at shows while whites sat in floor seats, so he frequented predominantly black bars, was often arrested on bizarre charges such as mopery, hired a black attorney to represent him in court, paid the fine and immediately resumed mingling with the black community.

With his popularity soaring as pro wrestling’s biggest draw at the time – particularly among black fans -- Monroe refused to compete unless whites and blacks were permitted to sit anywhere in the Ellis Auditorium. Monroe got his wish, as not only were his shows soon desegregated (and completely sold out), but other southern sporting events followed suit by also desegregating.

The native of Dodge City, Kan., who dyed the center of his hair with a white streak, even fearlessly worked his convictions into his wrestling performances, boldly stating to the masses that he believed in desegregation and drawing raucous applause from some and deafening boos from others.

For all his achievements both inside and outside the ring, Monroe was named a Legacy Inductee in the 2018 WWE Hall of Fame.