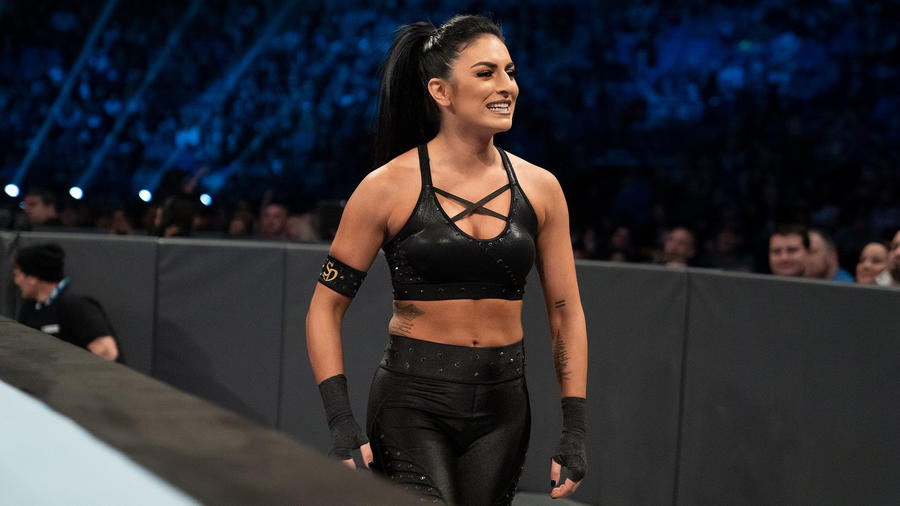 Put your hair up and square up because Sonya Deville is looking for a fight. With a background in MMA, Deville uses her knowledge of striking and submission holds to ground and pound her opposition into defeat.

Whether Deville is competing inside the cage or the squared circle, she looks right at home as she fires off lightning-quick combinations that leave her foes wondering what just hit them.

Deville is good and she knows it. From her flawless footwork to her confident scowl, she is always one thunderous kick or punch away from a knockout.

After debuting on Raw as part of the wicked Absolution trio alongside Paige and Mandy Rose, Deville moved to SmackDown LIVE alongside Rose as a result of the 2018 Superstar Shake-up.

Rose and Deville quickly established themselves as one of the blue brand's top tandems and came within an eyelash of being crowned the first-ever WWE Women's Tag Team Champions inside the dangerous Elimination Chamber, as they competed for 33 minutes and were the last team eliminated from the bout.

The friendship between Deville and her pal Mandy eventually crumbled, revealing a new, more threatening Deville who seems hellbent on taking over at any cost. After falling in a "Loser Leaves WWE" to Rose, Deville was absent from the WWE scene until returning in the role of a WWE official alongside Adam Pearce. Deville fit naturally into her new role since and found ways to befuddle Superstars and Pearce alike with her cunning tactics.

The power of the job of WWE official went to Deville's head and she was eventually relieved of her duties by Adam Pearce. Now that Deville is no longer a WWE official she may be more dangerous than ever.