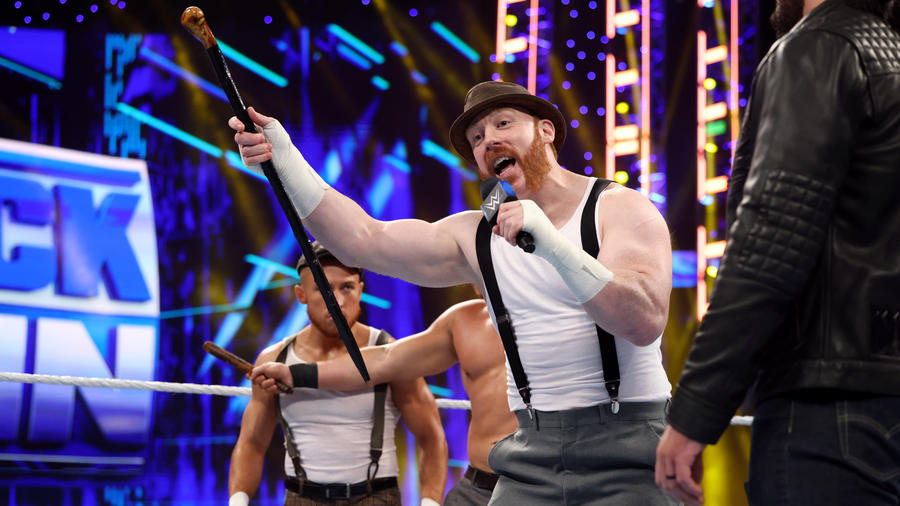 With a red-hot temper that matches his fiery head of hair, Sheamus never backs down from a fight and has never been in one he didn’t think he could win. Hailing from Dublin, the ginger-headed juggernaut brings to the ring a ferocious offensive style that harkens to his noble and heroic Celtic ancestors. Whether by upbringing or by birthright, this modern-day Irish warrior was fated for combat.

And what's a warrior without spoils from his many conquests? Sheamus can lay claim to being a four-time WWE World Heavyweight Champion, the 2010 King of the Ring, a two-time United States Champion, the winner of the 2012 Royal Rumble Match — an honor which paved the way for him to defeat Daniel Bryan in 18 seconds at WrestleMania to win the World Heavyweight Title — and the winner of the 2015 Money in the Bank contract. He's even found success as a tag team competitor, joining forces with Cesaro to win the tandem titles in dominant fashion on both Raw and SmackDown and proving why "[They] don't just set the bar; [they] are The Bar!"

After finding success as a solo artist, Sheamus has been a mentor to two young proteges in Ridge Holland and Butch, forming The Brawling Brutes, who have taken over SmackDown in brutal fashion.

Sheamus is always looking for a fight, and one swift Brogue Kick is all it takes to make him the victor. Fella.