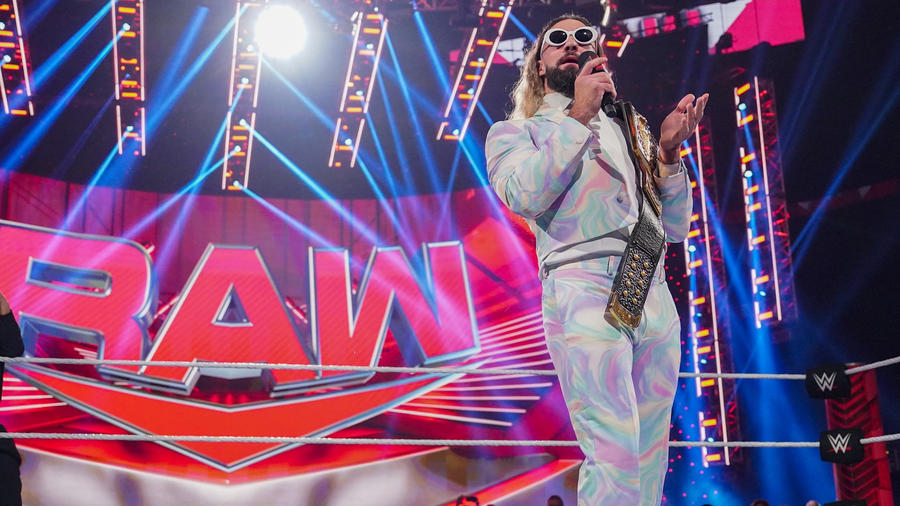 If you didn't, it won’t be long until this hybrid athlete’s skills turn you into a believer. A veteran of the independent scene who sometimes seems more ninja than wrestler, Rollins set up shop as one of WWE’s on-the-spot history-makers from the second he walked in the door. From his reign as the first-ever NXT Champion to his vaunted time as The Architect of the dominant trio The Shield, Rollins’ first two years in WWE were a master class of evolution. Coincidentally enough, that’s the name of one of the factions he and his fellow Hounds of Justice managed to upend in their near-spotless two-year run throughout WWE’s ranks.

He’s even better flying solo, racking up accolades faster than WWE can produce them. Within 15 months of The Shield’s breakup, Rollins had won a Money in the Bank contract, converted it into the WWE Title and added John Cena’s U.S. Title to his trophy case. Eventually, The Beastslayer became a Grand Slam Champion, capping it off with an Intercontinental Title win at WrestleMania 34. The biggest victory of Rollins' young career came one year later at WrestleMania 35 where he beat the seemingly indestructible Brock Lesnar to win the Universal Championship. Amazingly, Rollins defeated Lesnar again at SummerSlam 2019 to win the Universal Title for a second time.

Despite the epic win, Rollins soon received some criticism from the WWE Universe, and he responded by lashing out at the fans, dubbing himself first The Monday Night Messiah on Raw and then The SmackDown Savior when he was moved to the blue brand as part of the 2020 WWE Draft. Now back on the red brand after the 2021 WWE Draft, Rollins seems certain to remain hellbent on bringing his ruthless teachings to the masses.

After almost two years of not having a championship to the his name, The Visionary knocked off Bobby Lashley to win his second United States Title!

Is it even possible to hold this ascendant athlete down? If you’re lucky, but only for the short-term. As he’s fond of saying, Seth "Freakin" Rollins is the future, and the future can’t be stopped.