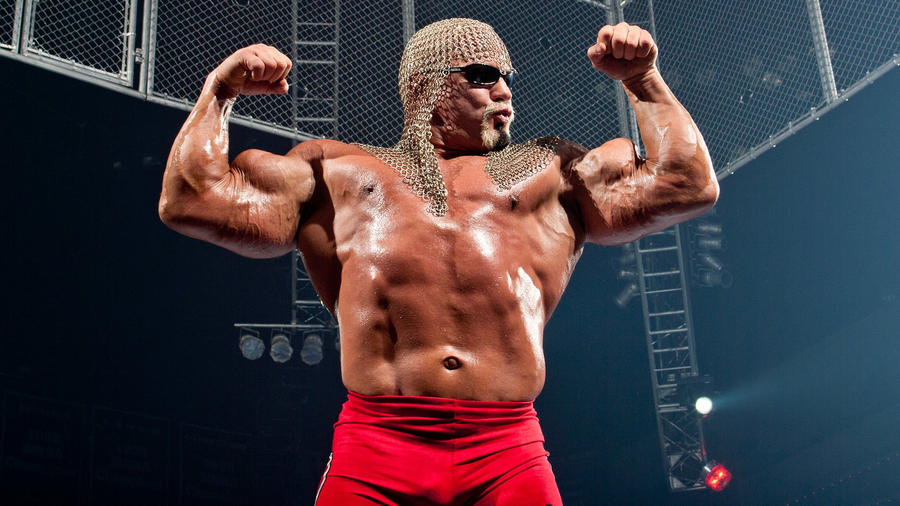 It’s hard to believe that the Scott Steiner who ruled the tag ranks alongside his brother, Rick, and the Scott Steiner who later dubbed himself the “Big Bad Booty Daddy” were the same man. But in a career that spanned more than three decades, the collegiate standout from the University of Michigan dominated sports-entertainment as both an innovative member of The Steiner Brothers and a hulking, loudmouthed gym rat who bleached his hair white and reinvented himself as an aggressive ladies man known as “Big Poppa Pump.”

Forming one of sports-entertainment’s most celebrated tag teams with his brother, Rick, in 1989, Scott captured the WCW Tag Team Titles seven times and the United States Tag Team Titles once. The duo’s success was not entirely limited to the Atlanta-based organization. During their brief time in WWE in the early ’90s, the pair also won the WWE Tag Team Championships twice.

Following a brief run in ECW in 1995, The Steiners returned to WCW in 1996, battling Harlem Heat and The Outsiders for the WCW Tag Team Titles. But as The New World Order’s power expanded, Scott Steiner saw an opportunity to achieve a higher level of success beyond the tag team division. During a Tag Team Title defense against The Outsiders at SuperBrawl VIII, Scott turned on his brother and joined The nWo. In the months that followed, Big Poppa Pump would be unleashed.

Steiner hit the weight room twice as hard and bulked up his physique, embracing his new competitive style as a complete powerhouse. His newfound attitude aided him in capturing two United States Championships, two Television Championships and the WCW World Title before the company was acquired by WWE in 2001.

At Survivor Series 2002, Steiner returned to WWE with SmackDown General Manager Stephanie McMahon and Raw General Manager Eric Bischoff fighting over his contract. Ultimately, Big Poppa Pump joined Raw and set his sights on World Heavyweight Champion Triple H. After unsuccessful bids for the title, Steiner joined former WCW colleague Stacy Keibler and formed a tag team with Test. An injury sidelined Steiner in 2004 and he did not return to WWE.

Boasting an impressive resume of both tag team and singles success, Big Poppa Pump is one of the most memorable competitors and personalities in WWE history. His agility and strength were a dominant combination inside the squared circle and one thing was always certain, “Big Poppa Pump is your hook up. Holler, if you hear me.”

Scott Steiner was inducted into the WWE Hall of Fame as part of the Class of 2022 alongside his brother Rick Steiner.