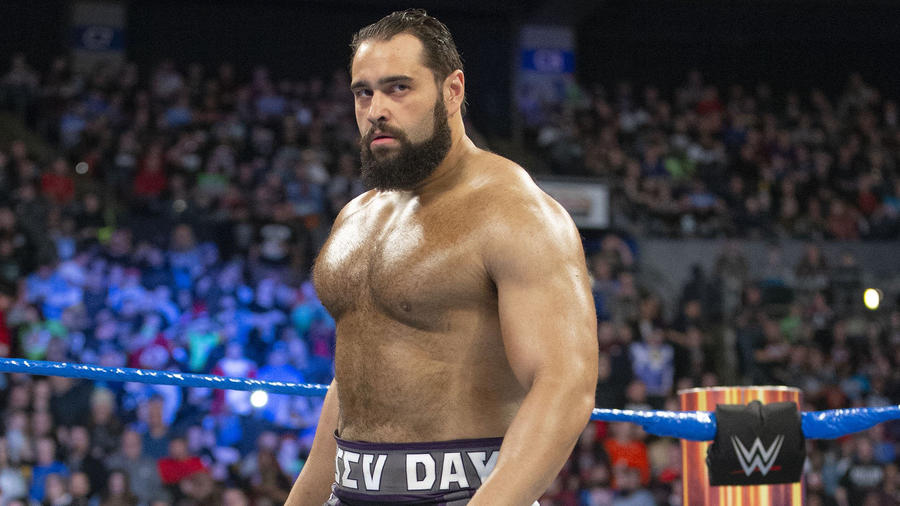 No, Rusev was not a superhuman specimen bred in some Bulgarian lab. He’s a flesh-and-blood WWE Superstar, which somehow makes him all the more terrifying.

An Eastern European nightmare straight out of the 1990s, this new red-and-green terror has been anything but cold since bursting onto the scene in 2014. Unbeaten for nearly a year after he debuted in WWE, Rusev made it a point to not only defeat his opponents, but to also “crush” them — guided the whole way by the commands of his ambassador and eventual wife, Lana.

Sure, his undefeated streak was eventually broken, but all that did was make this Bulgarian Brute even more focused in his quest to make his country proud and his enemies tremble. He helped form The League of Nations and forged an alliance with Aiden English, who quite literally sang The Super Athlete’s praises to help make sure that every day is Rusev Day. A subsequent partnership with Shinsuke Nakamura proved just as dangerous. And when Lana suddenly left him for Bobby Lashley, The Super Athlete engaged in an epic rivalry with The All Mighty.

So, a word of advice if you find yourself in the ring with Rusev: Prepare heavily, pray passionately and tread lightly … or be crushed.