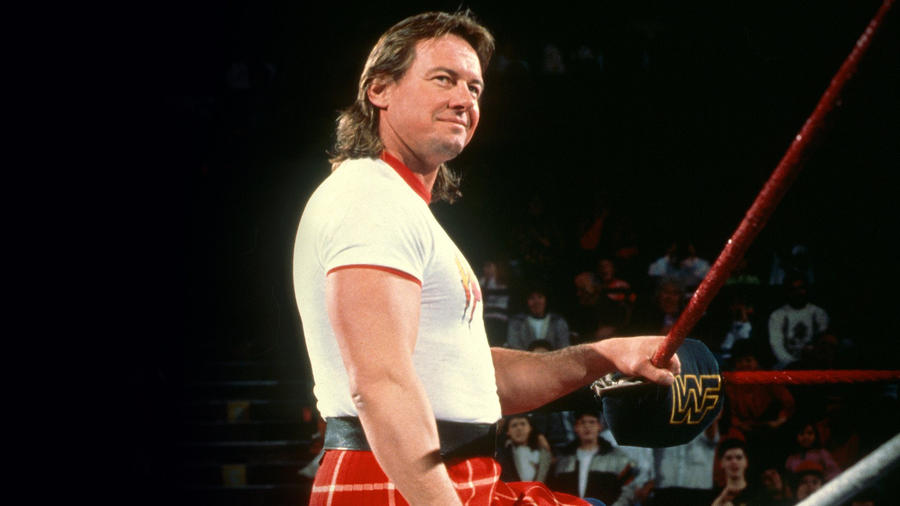 Although a beloved member of the WWE Hall of Fame, "Rowdy" Roddy Piper began his WWE career as one of the most hated villains ever to step between the ropes. After making his bones in the NWA during the late '70s, the Hot Rod came to WWE in 1984, where he quickly rose to astronomical heights. He became a WWE mainstay and often engaged in heated interview segments that rank among the most entertaining in the company’s history.

Whether breaking Cyndi Lauper's gold record or extinguishing Morton Downey Jr. at WrestleMania, Piper never shied from controversy. For that very reason, he was a major reason why WWE became a global phenomenon in the 1980s, battling on MTV's "The War to Settle the Score" and headlining the first WrestleMania at Madison Square Garden. For a follow-up, he set his sights on one of his WrestleMania opponents, Mr. T. Although he didn't come out on top against the "A-Team" star at WrestleMania 2, Piper proved that no one could intimidate him.

In addition to his formidable in-ring prowess, Piper was also a master on the mic, and he proved it by regularly hosting what is arguably the most innovative (and controversial) interview segment in WWE History: "Piper’s Pit." In each installment, Piper would break his guests down with a barrage of questions, manipulating the moment until he was completely in control. Often times the unexpected would happen, such as the night when he shattered a coconut over the head of Jimmy “Super Fly” Snuka.

WrestleMania III marked a significant night for Piper, as it was his last match before a brief retirement from the ring. Piper defeated Adrian Adonis by using a Sleeper Hold and added to the humiliating loss by shaving his nemesis's head. As Adonis’ locks were shorn, the Silverdome erupted, earning Piper one of his biggest ovations in WWE.

The late Piper went on to pursue a career in acting, most famously starring in John Carpenter’s sci-fi cautionary tale "They Live." But even the klieg lights of Hollywood couldn't keep Hot Rod away from the spotlights of WWE. Piper returned to the promotion in the early '90s and received his first taste of Championship gold on Jan. 19, 1992 when he defeated The Mountie for the Intercontinental Championship. At WrestleMania VIII, he took on Bret "Hit Man" Hart in another classic match, losing the gold but remaining a fan favorite.

After another brief stint away from WWE, Piper came back as interim President of WWE in 1996. That same year, he faced Goldust in a Hollywood Backlot Brawl at WrestleMania XII. Piper won the bout and stripped the Golden One down to his lingerie, revolting the crowd while also proving his status.

Piper spent the next decade bouncing from promotion to promotion before returning to WWE for good as a vaunted member of the 2005 Hall of Fame. Even in retirement, he proved more than willing to unleash his controversial wit and brashness on any Superstar foolish enough to cross him. In 2006, he did the unthinkable when he captured the World Tag Team Titles alongside longtime rival Ric Flair, winning them from the Spirit Squad at Cyber Sunday. Years after his final championship conquest, Hot Rod continued to lead the pack, reuniting with a squad of ring icons who lived under one roof in the groundbreaking WWE Network series, "Legends' House" — leaving a lasting impression on the latest generation of WWE fans.

“Rowdy” Roddy Piper claimed he was born to cause controversy, and his wild, freewheeling life proved that statement to be more than hyperbole.