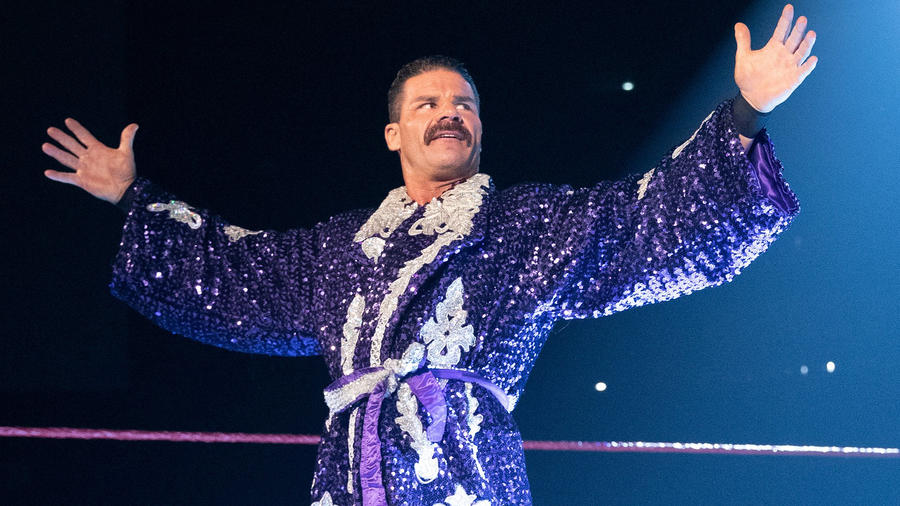 Wherever Robert Roode goes, he makes sure everyone knows of his “glorious” ambitions.

Already a world-renowned Superstar by the time he joined NXT in July 2016, Roode promised from the beginning to bring the brand to new heights. He backed up his talk when he defeated Shinsuke Nakamura at TakeOver: San Antonio to win the NXT Championship, beginning an eight-month reign.

Having reached the peak of NXT, Roode turned his sights on WWE's main roster. Roode signed with SmackDown LIVE in the hopes of making Team Blue a little more glorious and immediately started a rivalry with Dolph Ziggler before capturing the vacant United States Championship in a tournament. Then, in the 2018 Superstar Shake-up, Roode came to Raw and won the Raw Tag Team Titles alongside Chad Gable. Roode then teamed with Dolph Ziggler to win the SmackDown Tag Team Titles after being selected by the blue brand in the 2020 WWE Draft. Now, they'll eye similar success on Raw after the 2021 WWE Draft.

With or without a title, Roode conducts himself like a veteran champion who knows nobody is in his league. Outside the ring, he dresses GQ chic, always ready for a photo op with a corporate sponsor, and inside the ring, Roode boasts two decades of experience against the world’s elite.

Roode has reached the summit before. Rest assured, his future will continue to be glorious.