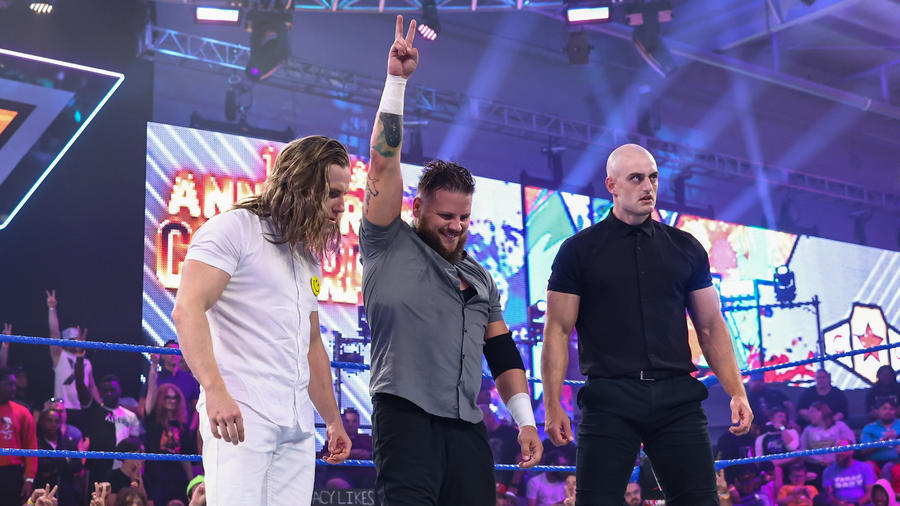 Known as one of the U.K.’s most despised grapplers under the name Zack Gibson, Rip Fowler found a new purpose after being reborn under the shade of The Schism's tree.

A Liverpool native, Fowler triumphed in the second annual United Kingdom Championship Tournament in June of 2018. At NXT UK TakeOver: Blackpool, he teamed with Jagger Reid, then known as James Drake, to overcome Moustache Mountain in the finals of a tournament to crown the first-ever NXT UK Tag Team Champions.

Fowler and Reid brought their hard-hitting style to NXT but could not seem to break through the glass ceiling across the pond. With frustrations mounting, Joe Gacy took the pair under his wing to give the duo a new purpose as The Dyad.

Under the leadership of Gacy, there's no telling what havoc Fowler and Reid will unleash on NXT.