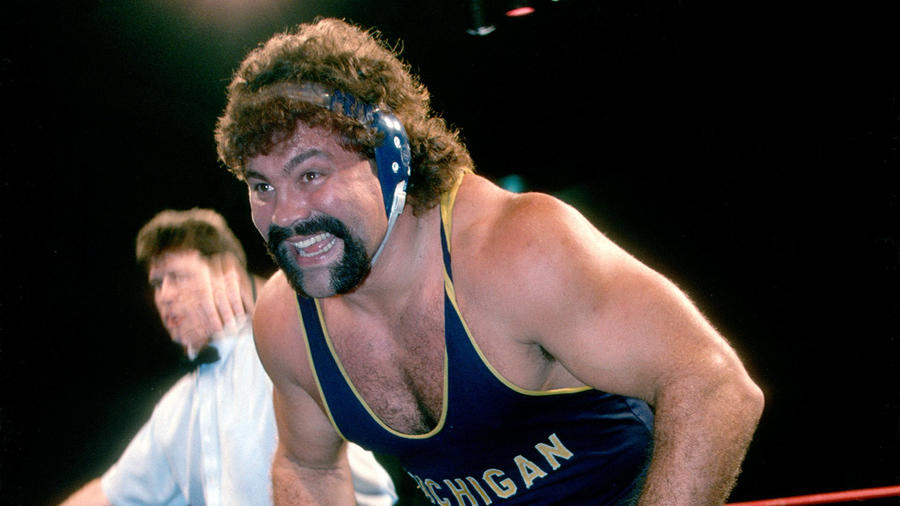 Sometimes, sports-entertainment is a family affair. Just ask former University of Michigan amateur wrestling record-setter and All-American Rick Steiner, who recruited his brother, Scott, in 1998 to form one of the greatest tag teams of all time. But before The Steiner Brothers became the face of tag team excellence, The Dog-Faced Gremlin competed in AWA and NWA, ran with the Varsity Club and teamed with fellow up-and-comers of the era such as Sting and Eddie Gilbert.

After honing his skills as a singles competitor, Rick linked up with his brother to form one of sports-entertainment’s most celebrated tag teams in 1989. The Steiner Brothers captured the WCW Tag Team Titles seven times and the United States Tag Team Titles once, but their success was not entirely limited to the Atlanta-based organization. During their brief time in WWE in the early ’90s, the pair also twice won the WWE Tag Team Championship.

Following a short tenure with ECW in 1995, The Steiners returned to WCW in 1996, battling Harlem Heat and The Outsiders for the WCW Tag Team Titles. But as The New World Order’s power expanded, Scott Steiner saw an opportunity to achieve a higher level of success beyond the tag team division. During a Tag Team Title defense against The Outsiders at SuperBrawl VIII, Scott turned on his brother and joined The nWo.

Although The Steiner Brothers split, Rick managed to defeat his brother and The Giant for the WCW Tag Team Championships despite his own partner, Buff Bagwell, betraying him. Later naming Kenny Kaos as his tag team partner, the duo successfully defended the titles until The Dog-Faced Gremlin was sidelined with an injury.

Upon his return, the former Michigan Wolverine captured the WCW Television Title on three occasions as well as the United States Championship. For a brief period, he reunited with his brother, but their differences seemed irrevocable and they again went their separate ways.

Although he never returned to WWE like his younger brother following the acquisition of WCW, Rick Steiner’s impact as a tag team competitor is immeasurable. His amateur background mixed with his tough-as-nails attitude made him a formidable opponent for anyone. If a rival had a problem with Rick Steiner, he would offer these words of advice: “If you don’t like me, bite me.”

Rick Steiner was inducted into the WWE Hall of Fame as part of the Class of 2022 alongside his brother Scott Steiner.