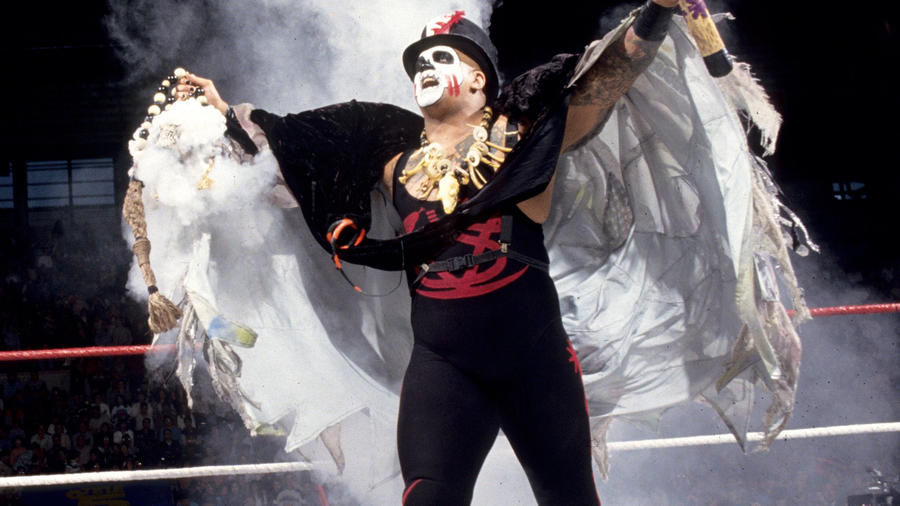 In 1992, the haunting voodoo practitioner known as Papa Shango made his shocking debut in WWE.

Stalking down the aisle with a smoking skull in his hands, the bizarre Superstar's horrifying appearance — complete with morbid skeletal face paint and a necklace made from bones — struck fear in his opponents before he even stepped into the ring. Once the bell rang, Shango was even more fearsome, using his 330-pound frame to completely destroy everything in his path.

Although his tenure in WWE was a short one, the witch doctor made a major impact at WrestleMania VIII when he interfered in the main event between Hulk Hogan and Sid Justice, resulting in a disqualification. Shango would keep a high profile due to his rivalry with The Ultimate Warrior in the spring of 1992. Using black magic to intimidate the Warrior, Shango infamously caused a strange, dark liquid to ooze from the former WWE Champion's head during a memorably twisted interview segment with Mean Gene Okerlund.

The shocking incident would become Papa Shango's most memorable moment in WWE and earned the magic man his place amongst the scariest Superstars of all time.