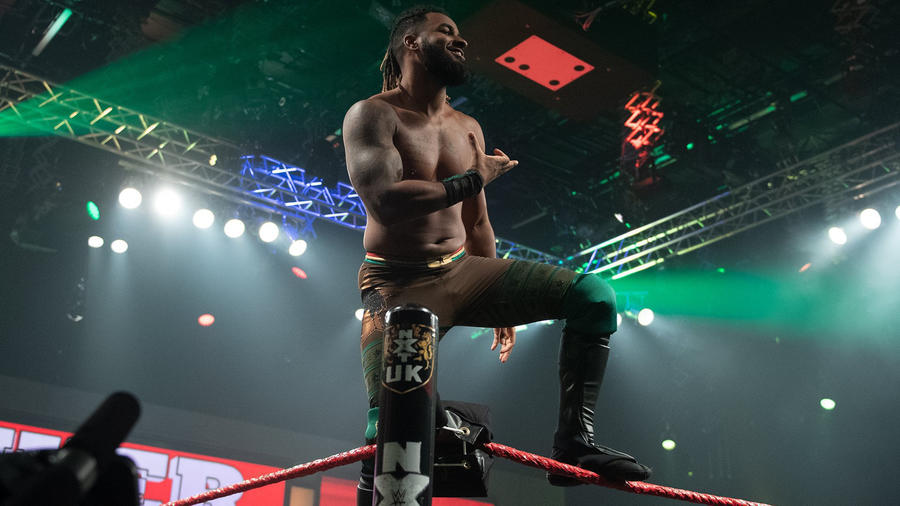 Oro Mensah proved himself to be a formidable competitor in singles and tag team action in NXT UK. The Swiss and Ghanaian Superstar made a big impression on the WWE Universe upon his debut, then quickly joined forces with Ashton Smith, entering the red-hot NXT UK tag team division.

Mensah brought a fast-paced, high-flying offense to the tandem, a solid pairing with Smith’s raw power. Mensah & Smith stood toe-to-toe with the likes of Imperium and Grizzled Young Veterans, giving them the experience to make sure they’re on the rise in WWE’s fastest-growing brand.

Already a fan-favorite, there is no telling what heights Mensah will climb to now that he has arrived on NXT 2.0.