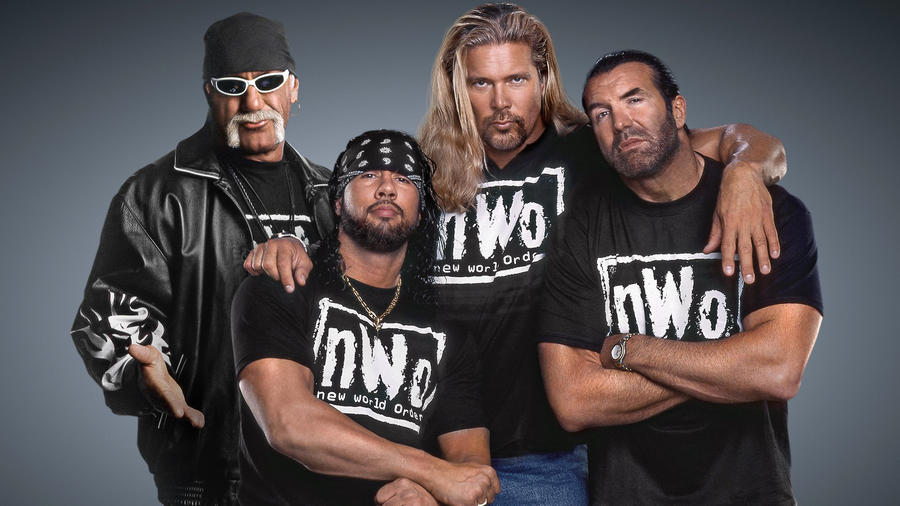 The New World Order, one of sports-entertainment’s most controversial factions, could sum up their motives in three simple words: “We’re taking over!”

Scott Hall and Kevin Nash arrived in WCW in 1996 to do just that, and seemed well on their way to steamrolling over stars like Sting and Lex Luger. However, the shocking addition of Hulk Hogan to their ranks turned the sports-entertainment world on its head. Getting The Hulkster to ditch the red and yellow and tell his Hulkamaniacs to “stick it” established The nWo as a gamechanger in WCW, quite possibly something WCW wasn’t ready for.

Sean Waltman, a.k.a. Syxx, joined the group shortly after their founding, bringing an in-your-face attitude to The nWo as it became a pop culture phenomenon. Their trademark black-and-white shirts took over WCW crowds as they rebelled against the establishment, even going so far as to spray paint the WCW Championship black with their initials after “Hollywood” Hogan captured it.

The nWo went on to become WCW’s most powerful force, bulldozing over stalwarts like Luger and Diamond Dallas Page, defeating The Four Horsemen inside WarGames and driving Sting into a year-long exile from the ring to the rafters.

After WCW’s closure in 2001, it wasn’t long before The New World Order made its way to WWE. Hogan, Hall and Nash arrived to impose their will on the Attitude Era’s biggest stars: The Rock and “Stone Cold” Steve Austin, setting the stage for a set of huge matches on The Grandest Stage of Them All, WrestleMania.

Because of their incredible impact on the sports-entertainment world and beyond, The nWo will be honored with induction into the WWE Hall of Fame as part of the Class of 2020.