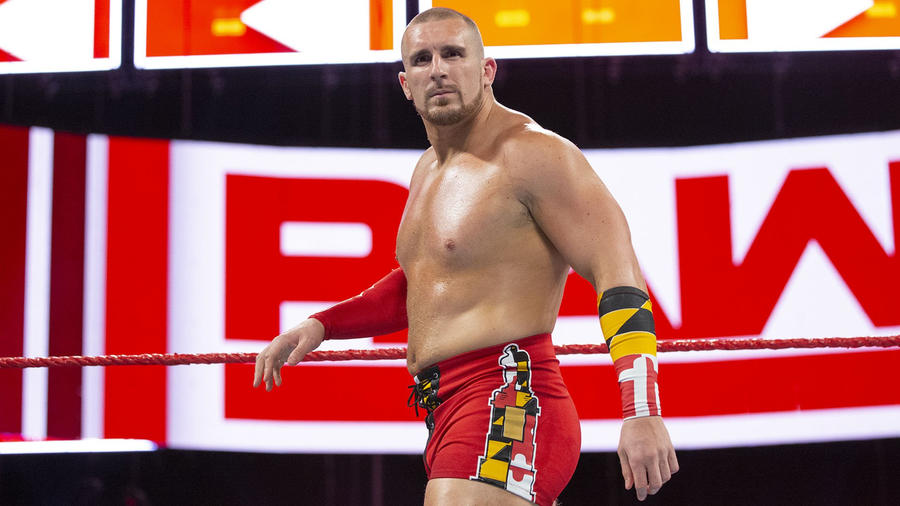 Passion, perseverance and pride are the three words Mojo Rawley lives by. Mojo brings an intensity to the ring that few can match all while wearing an infectious smile on his face. He is, in a word, hyped.

Prior to his ring career, Rawley played all positions on the defensive line for the University of Maryland while assuming the same role for the Green Bay Packers and Arizona Cardinals in the NFL. Pushing the boundaries of every muscle in his body and brain, Mojo shattered countless records in strength and speed, and even earned his MBA degree at the young age of 23.

All of this made Rawley a no-brainer to join the world of sports-entertainment, where one must stay hyped and hungry at all times. Mojo proved to be both, blazing a trail through WWE NXT that eventually landed him in a tag team with veteran Superstar Zack Ryder. As The Hype Bros, Mojo and Zack fed off each other’s enthusiasm and energy, becoming a force to be reckoned with in NXT and SmackDown LIVE's tandem divisions. While The Hype Bros initially stayed within striking distance of the SmackDown Tag Team Titles, a prolonged losing streak proved too much for Rawley, who shocked the WWE Universe by savagely attacking Ryder after a defeat to The Bludgeon Brothers.

Even prior to ending his partnership with Ryder, Rawley had already demonstrated that he can be a successful singles competitor, having won the 2017 Andre the Giant Memorial Battle Royal with a little help from his friend, Rob Gronkowski of the New England Patriots. Since then, Rawley has been a multi-time 24/7 Champion, and is even running with his buddy Gronk on a more consistent basis in WWE. Now that's hype.