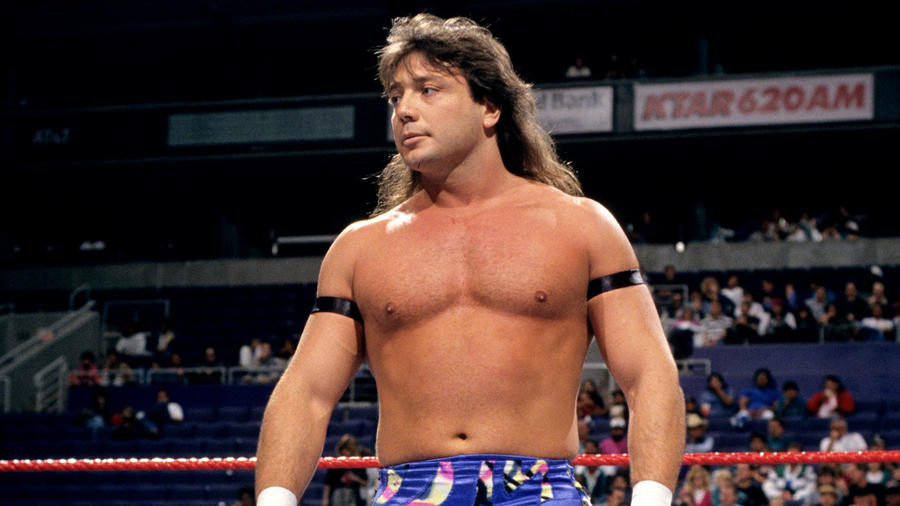 In the late 1980s, sports-entertainment was dominated by larger-than-life competitors who stood nearly seven feet tall and weighed in excess of 250 pounds. Two competitors changed the status quo, however, with their agility and high-flying abilities both individually and as a tag team. As The Rockers, Marty Jannetty and Shawn Michaels paved the way for a new competitive style, proving that leaner and faster Superstars could hold their own inside the squared circle.

One of the most exciting duos in WWE history, Jannetty and Michaels first joined forces in NWA very early in their careers. The daredevil style of both competitors made them an exciting duo to watch and also earned them two World Tag Team Championships during their time in AWA. Making their way to WWE in 1988, they immediately began intense rivalries with tag teams such as Demolition and The Hart Foundation.

In 1991, the duo famously split up after Michaels threw his partner through a window on “The Barbershop” after Jannetty accidentally caused HBK’s elimination at Survivor Series. Although The Rockers were no more, Jannetty embarked on a career as a singles competitor, defeating his former tag team partner for the Intercontinental Championship in 1993.

After losing the prized title back to Michaels a few weeks later, Jannetty refocused his energy on the tag team division, setting his sights on the World Tag Team Championship  —  an accomplishment that eluded him during his time as a Rocker. It was on the Jan. 10, 1994, Raw that Jannetty finally captured the World Tag Team Title, teaming with The 1-2-3 Kid to defeat The Quebecers.

Following his tag title reign, Jannetty briefly competed in ECW in 1995 before returning to WWE and once again focusing on tag team competition. As Shawn Michaels’ popularity sky-rocketed, Jannetty formed The New Rockers alongside Leif Cassidy and his rivalry with HBK continued. The New Rockers were unable to build any momentum, however, and Jannetty left WWE in 1996.

Throughout the late 1990s, Jannetty competed in WCW’s lauded cruiserweight division and returned to ECW. The former Rocker eventually came back to WWE in 2005 to reunite with Shawn Michaels and compete in a memorable match against Kurt Angle. Jannetty resurfaced again in 2009 to battle Mr. Kennedy and later squared off with The Miz.

Though his career did not reach the levels of his former tag team partner’s, Marty Jannetty — like Shawn Michaels — played an integral role in revolutionizing sports-entertainment with his jaw-dropping agility and highly competitive spirit paved the way for smaller Superstars to achieve greatness.