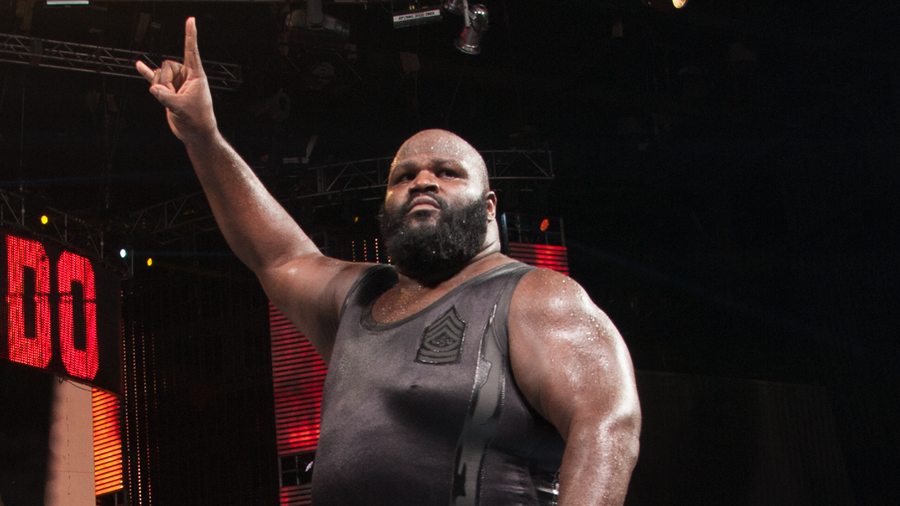 Imagine every bone in your body being crushed into sawdust while you struggle to take a breath. Either you’re about to become python food, or you’re on the business end of Mark Henry’s World’s Strongest Slam.

Henry burst onto the scene at the 1992 Summer Olympics in Barcelona, where he competed in weightlifting in the super-heavyweight division. Three years later at the Pan American Games, Henry captured a gold, silver and bronze medal. Henry’s intimidating size and weightlifting prowess earned the attention of WWE, which signed him in 1996. He stands as the first developmental talent for WWE and was under contract for more than two decades. From there, the new Superstar joined the infamous Nation of Domination, where he established himself as a ruthless and powerful big man — traits he channeled to earn first prize in the 2002 "World's Strongest Man" competition at the Arnold Schwarzenegger Classic. Hence the moniker he carries today, 20 years after debuting in WWE, where Mark Henry stands at a terrifying peak. In addition, he also holds the incredible distinction of having been a World’s Champion in three sports: Powerlifting, Strongman and Wrestling.

Injuries didn't stop him, and neither could Superstars such as Shawn Michaels, The Undertaker, Kane and Big Show — all of whom have been scraped from his boots at some point in his career. Destruction isn’t personal for him; that’s just what he does.

With a wealth of experience, the steady concentration of an ER surgeon and the temper of Bruce Banner, the scariest thing about Mark Henry isn’t the fact he’s The World’s Strongest Man — it’s the fact that he knows exactly how to use his unparalleled strength. It's that knowledge that caused decades of devastation inside the squared circle and earned Henry his spot in the WWE Hall of Fame