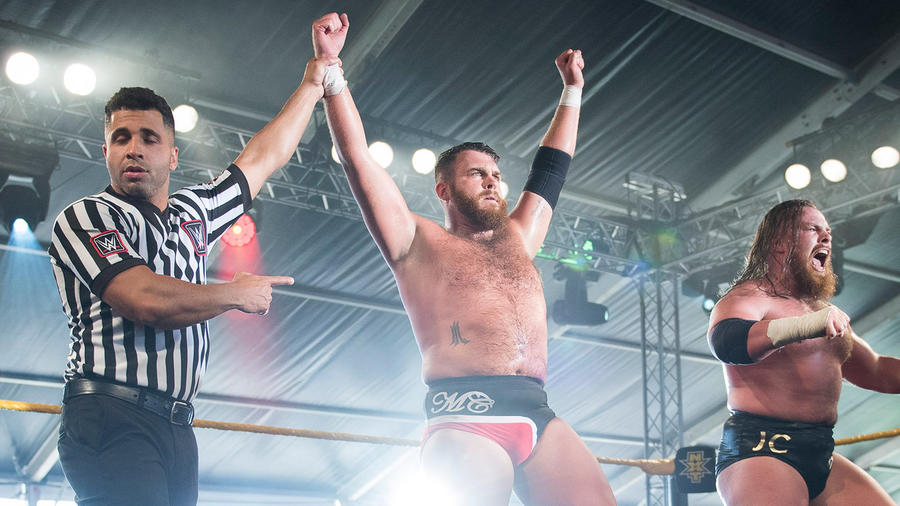 Alongside his brother Joe, working-class grappler Mark Coffey has set out to take NXT UK by storm … or rather, to create the storm and then destroy stuff with it.

Trained by the likes of Killian Dain and Finn Bálor and molded in Japan’s Zero1 Dojo, this onetime rugby player is as tough as they come. Coffey has competed all over Scotland, Ireland and Japan, amassing tag team and singles championships along the way.

Mark first made his presence felt in WWE when he and Joe laid waste to competitors at the NXT UK Championship special in June 2018. Then, in NXT UK, Coffey teamed up with his brother and Wolfgang to form the menacing Gallus faction, and Coffey and Wolfgang soon captured the NXT UK Tag Team Titles. The Gallus Boys remained on top for a record 497 days as the NXT UK Tag Team Champions. In addition to his lengthy tag team reign, Coffey had singles success as well, dethroning Noam Dar to win the NXT UK Heritage Cup.

After making NXT UK their kingdom, Gallus has arrived to conquer NXT and there is no telling what the dominant faction will do to anyone who gets in their way.