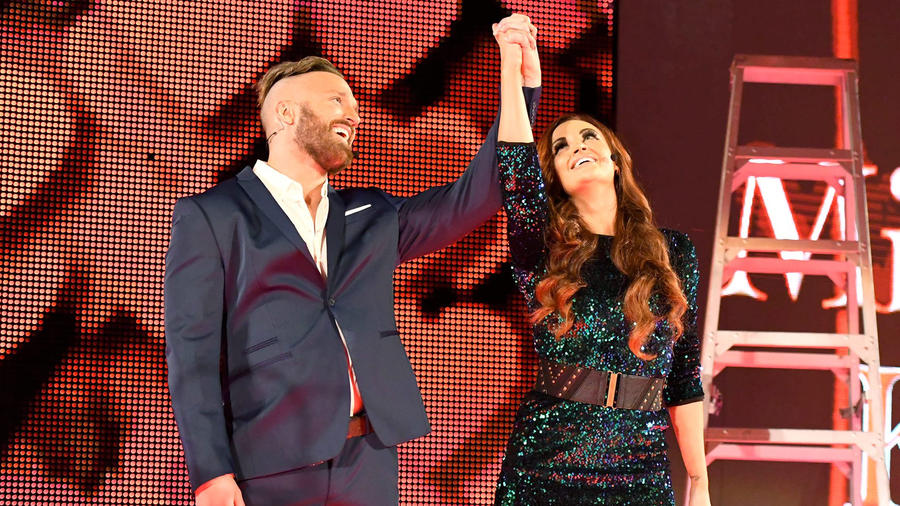 A former beauty queen who earned her college degree at Northern Illinois University, the beautiful Maria first caught the attention of the WWE Universe when she nearly won the 2004 Diva Search. Although she didn't come out on top in the competition, the Illinois native still made her way to Raw as a backstage interviewer who wasn't afraid to ask any question, from the hard-hitting to the quirkily obvious.

From there, Maria's role quickly expanded by leaps and bounds. At first, she was tentative to step into the ring, but she began to learn the ropes, literally. After departing the company in 2011, Kanellis embarked on a search for "the perfect partner," only to find one in her husband, Mike. The two arrived at WWE Money in the Bank 2017 to the strains of a face-melting power ballad, promising to educate WWE in the power of love.

Maria & Mike soon made a move to Raw, where a pregnant Maria scored her first title in WWE by pinning Mike to become 24/7 Champion.