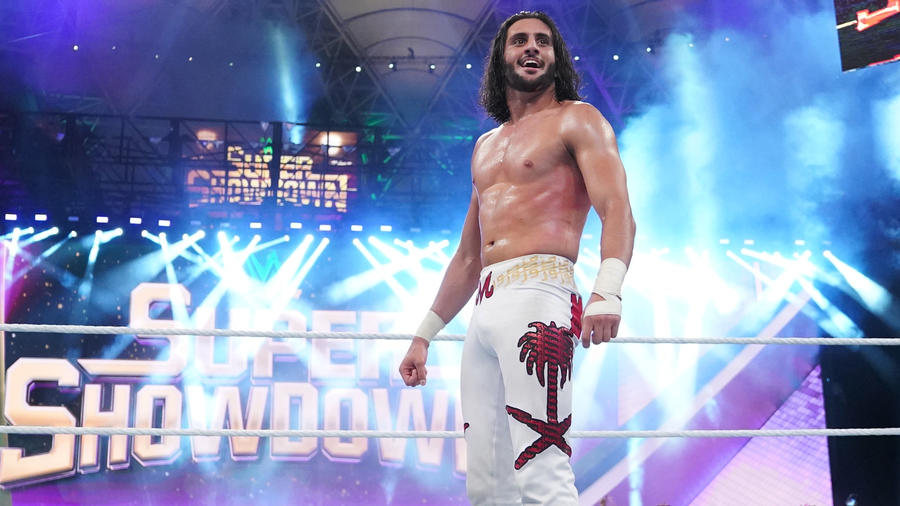 When it comes to achieving a dream, it’s not the size of the aspiration that takes precedence, but the distance one is willing to go to make it a reality. That sentiment is one that Mansoor knows all too well.

Going from vicariously living out his WWE Superstar aspirations through pixelated Create-a-Wrestler fantasy to winning the largest Battle Royal in WWE history at Super ShowDown isn’t just a sweet coming-of-age journey, but a testament to Mansoor’s unshakable drive. As WWE’s first Saudi Arabian-born Superstar, the scrappy 6-foot, 190-pounder spent much of his blossoming career proving his worth against anyone who crossed his path.

After watching fellow “fight for your dreams” advocate Daniel Bryan defeat John Cena for the WWE Championships at SummerSlam 2013, Mansoor was inspired to pursue his dream of becoming a WWE Superstar, making waves in the independent circuit at the tender age of 18. Dedicating his all in this pursuit of sports-entertainment glory, Mansoor saw his unwavering persistence pay off big time in 2018, when he participated in a WWE tryout in Jeddah, Saudi Arabia, and wowed coaches enough to earn a contract with NXT.

In the wake of his arrival, the head-turning Superstar notched an impressive stretch, enthralling the WWE Universe with his unrelenting passion and incredible grit. These key elements would see his stock rise tenfold at WWE Super ShowDown, where he outlasted a massive lineup of 50 other Superstars to win the blockbuster 51-Man Battle Royal. And in WWE's subsequent returns to his home country, Mansoor has posted wins over Cesaro and Dolph Ziggler in a pair of edge-of-your-seat thrillers.

As he continues to go the distance in the suared circle, one thing is for certain: En route to the top of SmackDown, Mansoor is out to turn his story into history.