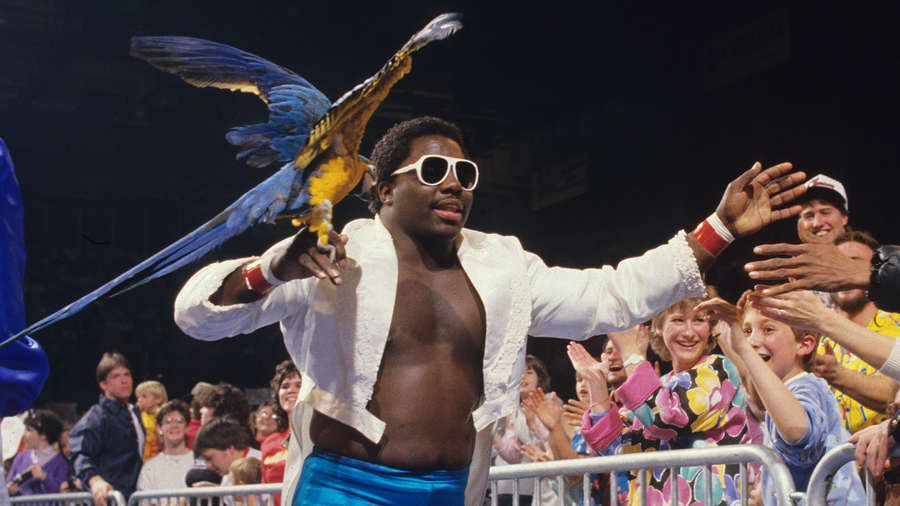 Another more than deserving Superstar joins the Class of 2009 in World Wrestling Entertainment's Hall of Fame. And if there was ever an individual who could be classified as being purely "game on" each and every night he competed in a WWE ring, then Koko B. Ware certainly fits that category.

Having made his debut in the late 1970s, the native of Union City, Tenn., plied his craft into the 1980s in such areas as Memphis, Dallas, Lousiana, and Florida. In August 1986, "The Birdman" felt the time was right to make his WWE debut, coming to the ring with energy personified. Always resplendent in eye-catching, colorful outfits, he was accepted immediately by WWE fans around the world, especially the younger generation. Koko wound up having Frankie, his sidekick, with him wherever he went. The macaw garnered instant recognition, which only heightened "The Birdman's" soaring popularity.

Koko's first big victory came at the expense of WWE Hall of Famer Nikolai Volkoff on an edition of Saturday Night's Main Event in November 1986. Although he never held a championship in his WWE tenure, "The Birdman" attained great success in 1992 when he joined forces with the late Owen Hart and formed the tag team known as High Energy.

Another one of Koko's considerable talents was singing. He sang so well, in fact, that when WWE released its second album in fall 1987, entitled Piledriver, Koko himself crooned the title track and had a cameo wrestling appearance in the video that was released in support of the album.

Multi-talented and multi-dimensional, "The Birdman" Koko B. Ware flapped his way into the WWE Hall of Fame in 2009.