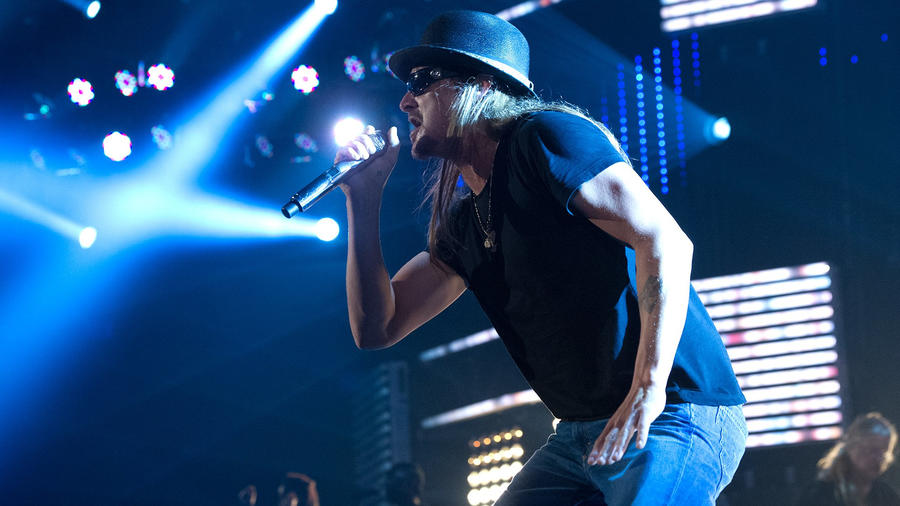 Kid Rock’s musical career is legendary. After breaking into the mainstream music scene in the late 1990s with songs like “Bawitdaba” and “Cowboy,” the Detroit native has gone on to sell more than 26 million albums. His unique blend of rap, rock and country music has helped him transcend genres and become one of the most popular recording artists going today.

His in-your-face style in the studio and on stage has made Kid Rock a big contributor to the soundtrack of the WWE Universe. Several of his songs have been the official themes for WWE pay-per-view events, including “Cocky,” the worldwide hit, “All Summer Long,” and “New Orleans,” the official theme of WrestleMania 34.

Kid Rock’s music has also been entrance music for a select few Superstars. The Undertaker used the 2000 single “American Bad Ass” as he thundered to the ring on his motorcycle, while Kid Rock’s cover of ZZ Top’s hit “Legs” blared through arenas around the world as Stacy Keibler made her way to the squared circle. He’s even brought his incomparable live show to WWE on several occasions, including a May 2000 edition of Monday Night Raw, a stellar performance at the 25th Anniversary of WrestleMania, and a show for America’s armed forces during the 2012 edition of WWE’s most patriotic night of the year, Tribute to the Troops.

For his huge contributions to the sound of WWE, Kid Rock will receive the great honor of induction into the WWE Hall of Fame.