The Iron Gates of Fate 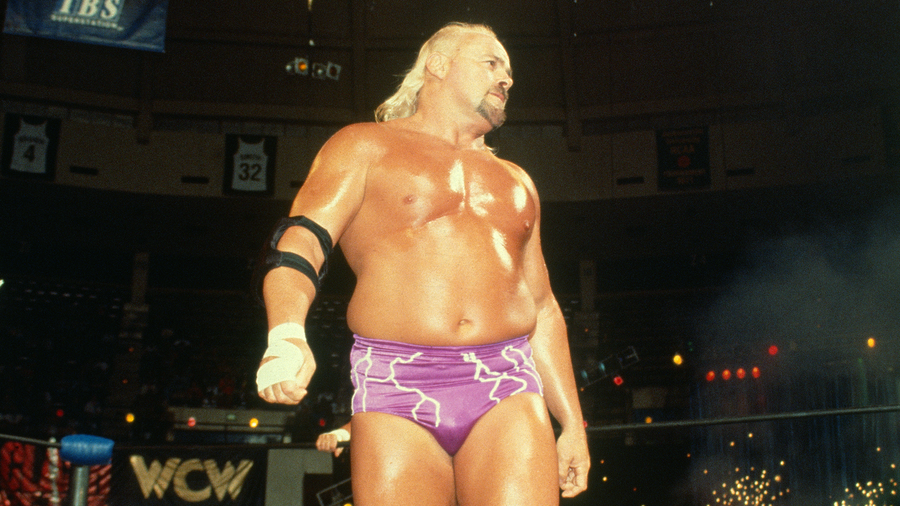 The devil made him do it. That’s what Kevin Sullivan will say about the manic, often demonic, behavior that defined his frenzied career. From his days as the depraved leader of The Army of Darkness in Championship Wrestling from Florida to his bizarre campaign to bring down Hulkamania in WCW, Sullivan walked with the wicked one wherever he went.

What turned a stout, tough guy from the bad streets of Boston into a knight in Satan’s service? Sullivan’s explanations were often more incomprehensible than his actions. What’s clear is that he started out in 1970 as a generic grappler in smaller NWA territories. By the early ’80s, he had emerged in Championship Wrestling from Florida as the “Boston Battler,” but Sullivan soon made a dark turn.

At a time when heavy metal acts like Ozzy Osbourne and Judas Priest were terrifying suburban parents with their allusions to devil worship and ancient mysticism, Sullivan rose up as pro wrestling’s very own “Prince of Darkness.” Surrounding himself with a group of twisted misfits — including Maha Singh from the streets of Calcutta, the sage-like snake handler known as The Abudadein and Purple Haze, who literally walked out of the ocean — the Beantown brawler became an ominous enemy to Florida heroes like Dusty Rhodes and Blackjack Mulligan.

With his face painted black and white and his body armored in leather and steel, Sullivan spoke of the “closet of anxieties” and “cosmic cookies” in his perplexing interviews. In the ring, he was even more disarming as he beat on opponents with utter disdain. He started out matches by recklessly tossing foes to the concrete floor and artlessly ended bouts by jumping feet-first onto a victim’s sternum. And that was Sullivan playing nice. An incident involving Blackjack Mulligan and a broken bottle is still spoken about in hushed tones across the panhandle.

Sullivan wasn’t always so dramatic. He palled around with collegiate athletes like Mike Rotundo and Steve Williams in a stable of jock bullies dubbed The Varsity Club in WCW in the late ’80s. And alliances with Tazz in ECW and Cactus Jack in WCW were more about anarchy and less about Aleister Crowley. Nevertheless, Sullivan would return to his supernatural roots in mid-'90s WCW in an attempt to bring down Hulk Hogan once and for all.

Leading a group of oddball outcasts that included Kamala the Ugandan Giant, The Zodiac and a 7-foot mummy that broke free from a block of ice, Sullivan captained his Dungeon of Doom from a neon-lit cave in some parallel universe. If it all sounds a bit hokey and overwrought, that’s because it was, but the spectacle only added another curious chapter to the legend of “The Prince of Darkness” Kevin Sullivan.

Following his retirement from full-time competition, Sullivan opened up Froggy's Fitness in Florida. He has since sold that business and opened up a pawn shop in Washington State and has appeared as himself on "The Legend of Mick Dodge," a reality series that airs on National Geographic Channel.