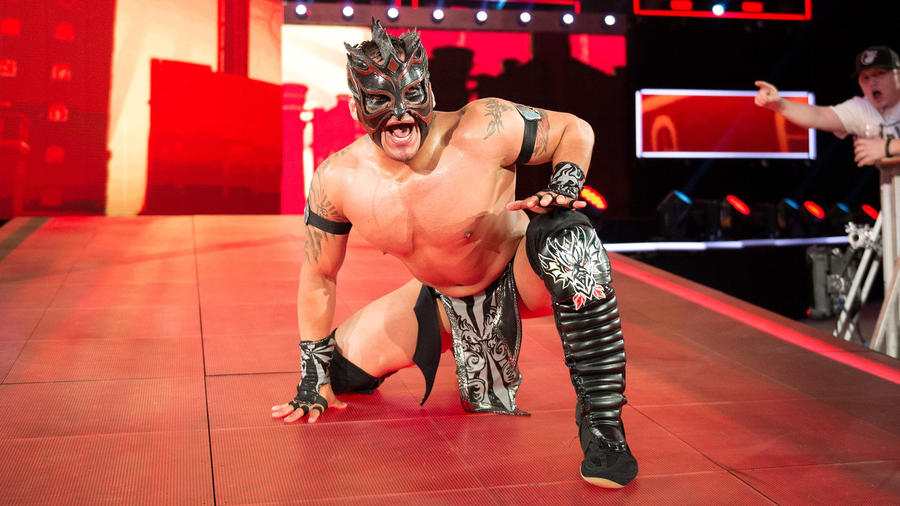 Blink and you’ll miss Kalisto, a hybrid Superstar who has always seemed destined for big things. Born in Chicago, but raised in Mexico City, this luchador has been both a student and innovator of sports-entertainment since the first time he laced up his boots.

Known for his innovative speed and agility, Kalisto conquered Mexico before transporting his skills to the United States and finding a footing in NXT. “The King of Flight” eventually spread his wings in the tag team division, uniting with veteran Sin Cara under the name of The Lucha Dragons. Appropriately enough, they brought the heat, upending The Ascension to halt their record-setting NXT Tag Team Championship run.

The astonishment continued when The Dragons made their way to the main roster, with Kalisto providing highlight reel-worthy moments each night he competes. Nowhere was this more apparent than when the Superstar captured the United States Title from Alberto Del Rio.

The self-styled Dragon has truly taken flight toward greatness and continues to move closer to WWE lore every time he steps in the ring. The King of Flight further demonstrated his fearlessness after moving to Raw during the 2017 Superstar Shake-up, going to battle with Braun Strowman on more than one occasion and even defeating the big man in a Dumpster Match.

On the Oct. 2, 2017, edition of Raw, Kalisto joined the Cruiserweight division with a bang, laying a beatdown on the brash titleholder and immediately establishing himself as a threat to dominate on both Raw and WWE Network’s 205 Live. The King of Flight’s electrifying Cruiserweight division debut was just a portent of what was to come, as Kalisto won a thrilling Lumberjack Match on Raw to capture his first WWE Cruiserweight Title. Kalisto has continued to dazzle the masses after joining forces with Lince Durado and Gran Metalik to form a thrilling trio, The Lucha House Party.

What will he do next? Don’t blink or you just might miss it.