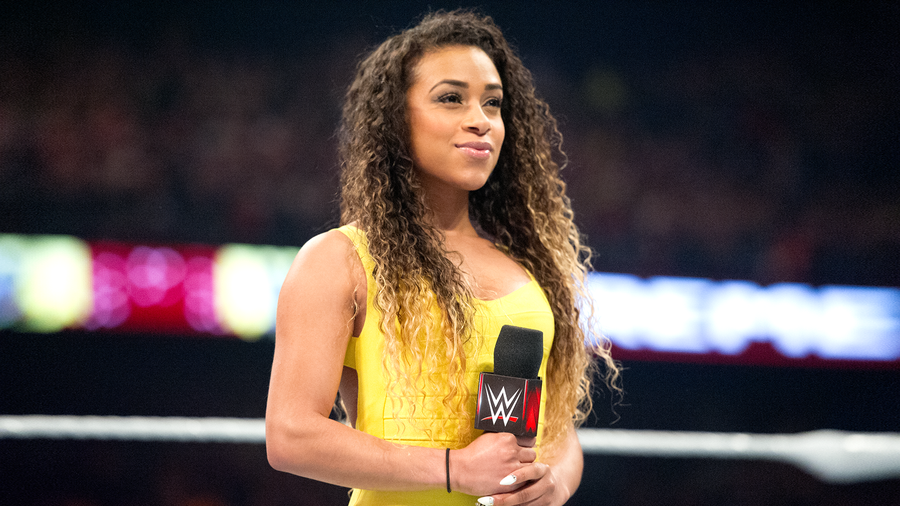 JoJo made her first WWE appearance on WWE Main Event in June 2013, dancing onto the scene with her Total Divas co-stars, The Funkadactyls, and singing “Somebody Call My Momma” during Tons of Funk’s entrance. Don’t mistake this petite wonder as just another gifted singer; JoJo is also an accomplished dancer and athlete.

With fellow newbie Superstar hopeful Eva Marie by her side, JoJo made her reality TV debut a month later on E!’s Total Divas. It was on that breakthrough hit where the WWE Universe was able to get to know this spunky newcomer. Eager to live the life of a Diva, JoJo left home for the first time to immerse herself in WWE with former Divas Champion Natalya as her mentor.

At SummerSlam 2013, JoJo wowed the WWE Universe with her voice, as she boldly belted out the National Anthem before tens of thousands of WWE fans inside Los Angeles’ STAPLES Center. She's since put those considerable vocal skills to good use, popping up as a ring announcer and backstage interviewer.