At ECW Barely Legal in 1997, Styles became the only announcer to call a live pay-per-view event by himself. 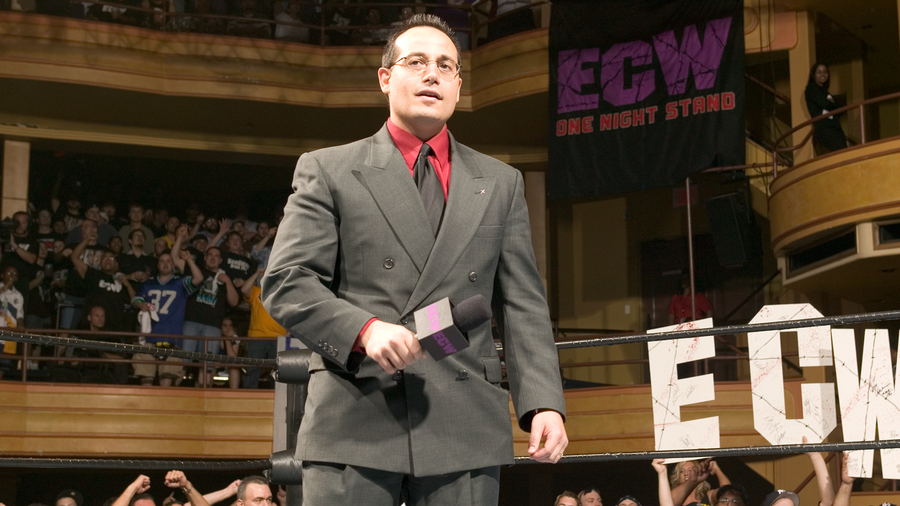 At first glance, Joey Styles may not have looked like the perfect candidate to be the voice of Extreme Championship Wrestling. The renegade Philadelphia promotion was wild, carnal and barely suitable for television. Styles, on the other hand, was well-groomed, eloquent and looked more like an ad exec trapped in the middle of a barroom brawl.

But the disparity between the competitors throwing chair shots in the ring and the man calling the shots in the announce booth was exactly why it worked so well. While Terry Funk and Sabu tore each other apart in a brutal Barbwire Match, Styles brought a humanity to the ensuing carnage. Think of it this way — Styles was the calm in the middle of a storm. That was until there was a truly unbelievable moment in the match, in which case The Extreme Announcer would unleash the three simple words that became his signature phrase: “Oh my God!"

Beyond that, Styles was an announcer that took a real interest in the maneuvers the competitors in the ring were executing. When Mexican standouts Rey Mysterio and Psicosis battled in the ECW Arena, the commentator proved he had done his homework by identifying "hurricanranas" and "pescados" as they happened. It was a sign of respect for the action in the ring that was too often missing in sports-entertainment.

Styles was a key part of ECW all the way until its initial demise, becoming one of the most recognizable parts of the promotion. When the relatively small company made its pay-per-view debut with Barely Legal in 1997, he was there. When ECW made its cable premiere on The Nashville Network in 1999, he called the action. And when the promotion made its triumphant return in 2005 with the "ECW One Night Stand" event, Styles was the man on the microphone.

In November 2005, Styles became a commentator for Raw and then manned the booth for the relaunched ECW. Styles even had the opportunity to sit at the announce table at WrestleMania 23 when ECW Originals Tommy Dreamer, Sabu and The Sandman made their debut on The Grandest Stage of Them All — a serious achievement for a group of guys who first plied their craft in a bingo hall in Philadelphia.