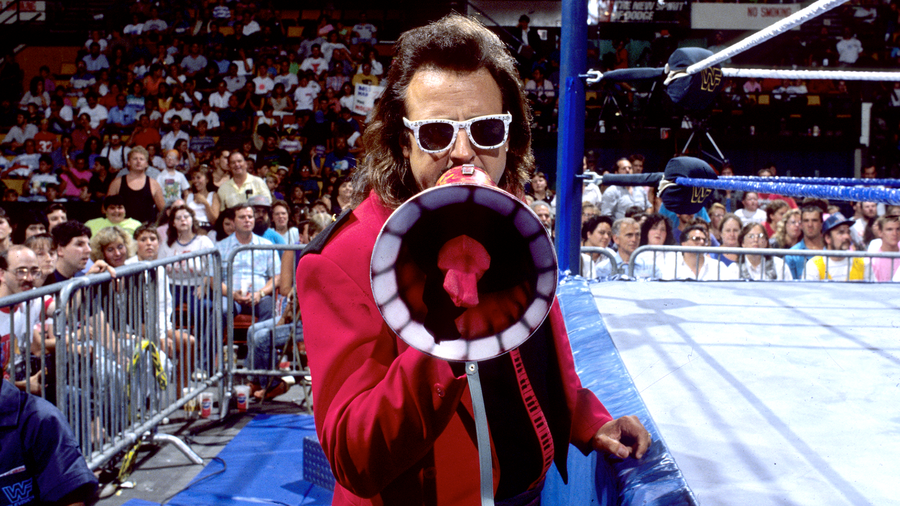 When it comes to wrestling managers, few can claim the success of Jimmy Hart.

Known as "The Mouth of the South," Hart arrived in WWE just prior to the first WrestleMania where he stood in the corner of Intercontinental Champion Greg "The Hammer" Valentine's for his title defense against Junkyard Dog and seconded King Kong Bundy for his nine-second victory over S.D. Jones.

It wasn't long before Superstars came knocking on Hart's door, as he became known as a manager of champions. He also became known for his trademark megaphone that he brought to the ring to shout instructions to his Superstars. On more than one occasion, that same megaphone was used as a foreign object to produce wins. In addition to leading Valentine to the Intercontinental Championship, Hart managed The Honky Tonk Man to the same title. With Hart in his corner, The Honky Tonk Man held the Intercontinental Championship for a record 15 months.

When Hollywood Hogan signed with WCW, so did Jimmy Hart. The move proved to be a fruitful one for "The Mouth of the South," as he soon managed Hogan all the way to the top of the company as The Hulkster captured the WCW Championship. Hart also worked hard behind the scenes for WCW where he crafted many of the Superstars' entrance themes.