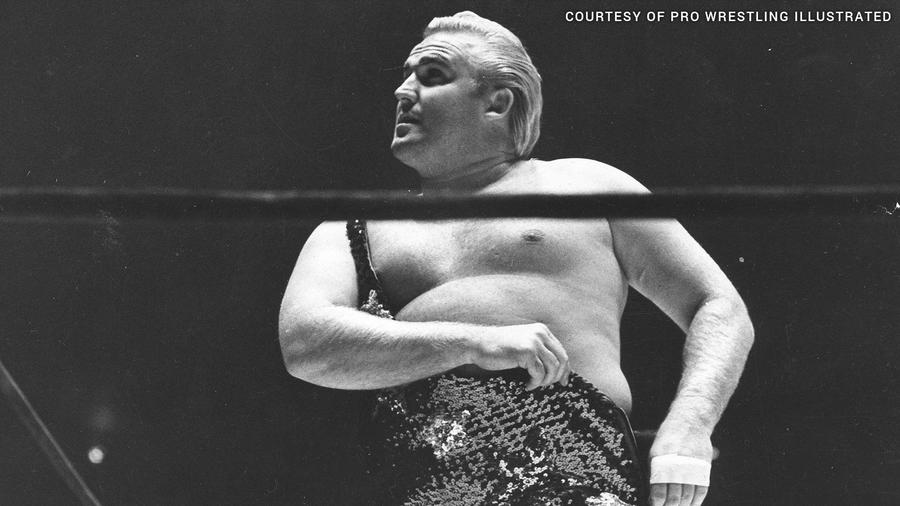 Dr. Jerry Graham, one of the most outlandish competitors in wrestling history, created a hall of fame legacy during his historic career, thanks to his wild antics in and out of the ring.

With bleach blond hair and a thick 245-pound frame, Jerry, along with his brothers, 2008 WWE Hall of Fame Inductee Eddie Graham and “Crazy” Luke Graham, was one of the most hated wrestlers of his era. Not afraid to bend the rules in his favor, Graham could incite a riot at the drop of a hat. Dr. Jerry thrived on chaos, leaving WWE officials and sometimes New York City police to deal with the fallout of his evil in-ring tactics.

That chaos helped Graham and his brothers thrive inside the squared circle. By the end of his time with WWE, Dr. Jerry was a five-time United States Tag Team Champion, having held the titles on four occasions with Eddie and once with Luke.

Though he had many, many detractors, Graham had one young fan who idolized him: Mr. McMahon. The future WWE Chairman was drawn to the outlaw. As Mr. McMahon transformed from mild-mannered announcer to the ruthless rival of “Stone Cold” Steve Austin, it’s quite possible that a little of Graham’s influence could be seen in The Chairman’s swagger.

Because of his larger-than-life persona, as well as his accomplishments inside the squared circle, Dr. Jerry Graham was honored as a 2017 Legacy Inductee into the WWE Hall of Fame.