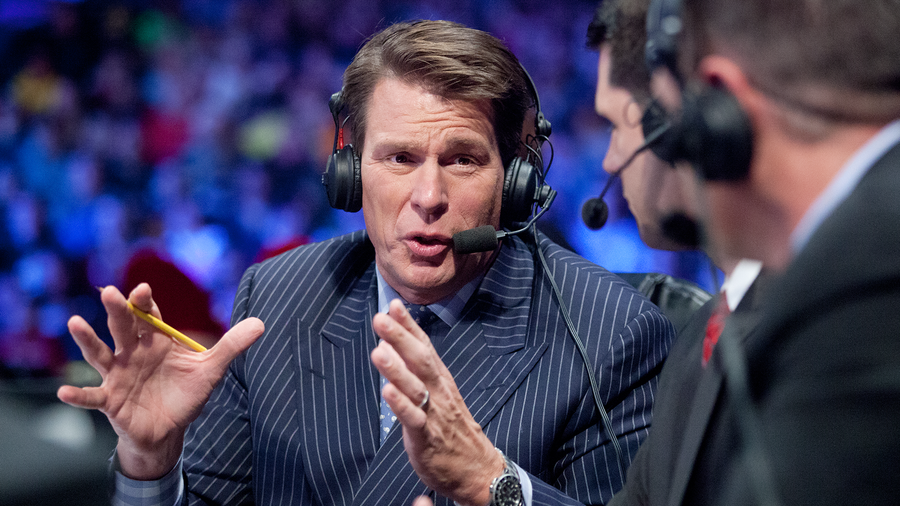 Never challenge John Bradshaw Layfield to a street fight — especially on Wall Street. The former WWE Champion may have been vicious in the ring, but the self-made millionaire was downright heartless when it comes to making a buck.

Gifted with the brawn of a pro football player and the brains of a banking executive, the big man from Sweetwater, Texas, could have easily made his fortune by sitting behind a desk, but there was nothing JBL loved more than a fight. Bradshaw made his bones as a brawler who hit hard and drank harder as a member of The New Blackjacks with Barry Windham and, later, The APA alongside Ron Simmons.

WWE fans accustomed to JBL’s reputation as a bartender’s worst nightmare were in for a shock in 2004 when the Texan re-emerged as a self-styled millionaire, rolling to the ring in a limousine adorned with bull horns and wearing custom-made suits. Claiming to be a “Wrestling God,” JBL surrounded himself with a team of adversaries he called his Cabinet and defeated Eddie Guerrero for the WWE Championship. The tycoon’s title reign would last an unbelievable 280 days as he overcame the likes of Big Show, The Undertaker and Booker T with the underhanded maneuvering of an Enron executive.

Eventually, JBL’s infuriating run as champion came to an end at the hands of a young John Cena, but the mogul continued to experience success whether it was as a WWE color commentator or a financial analyst on networks like CNN, MSNBC and Fox News until he decided to retire in 2017. In 2020, JBL was announced as one of the latest inductees into the WWE Hall of Fame.