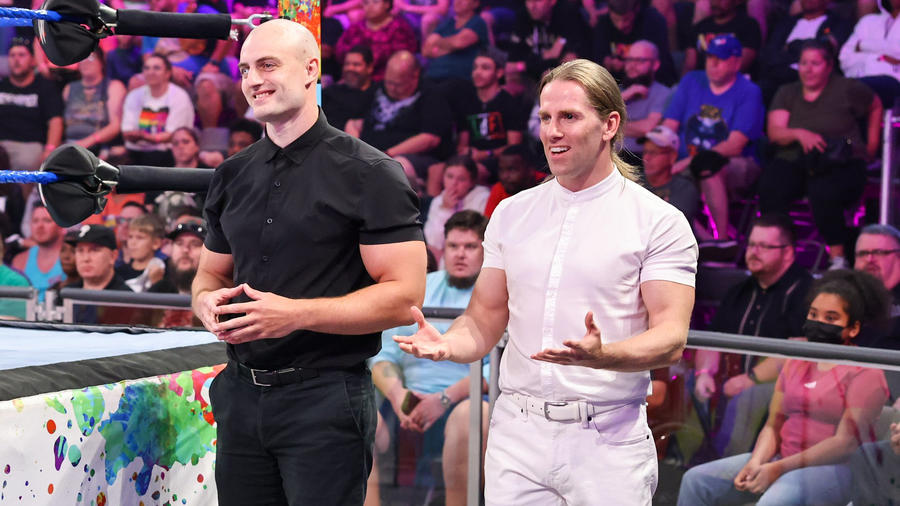 Under the leadership of Joe Gacy, Jagger Reid was reborn under the shade of The Schism's tree.

Beginning his wrestling training at age 13, Reid, then known as James Drake, eventually joined forces with the rechristened Rip Fowler, then known as Zack Gibson, to create an absolutely brutal tandem.

Together, the duo made it clear that they are on a mission to capture tag team glory. And at NXT UK TakeOver: Blackpool, that's exactly what they did, defeating Moustache Mountain in the finals of a tournament to crown the first-ever NXT UK Tag Team Champions.

Reid and Fowler brought their hard-hitting style across the pond where they attempted to rise to the top of NXT. Despite several show-stealing tag bouts against the likes of Tommaso Ciampa and Timothy Thatcher as well as MSK, the pair could not seem to find their footing until they turned to Gacy for guidance, discovering a new purpose as The Dyad.