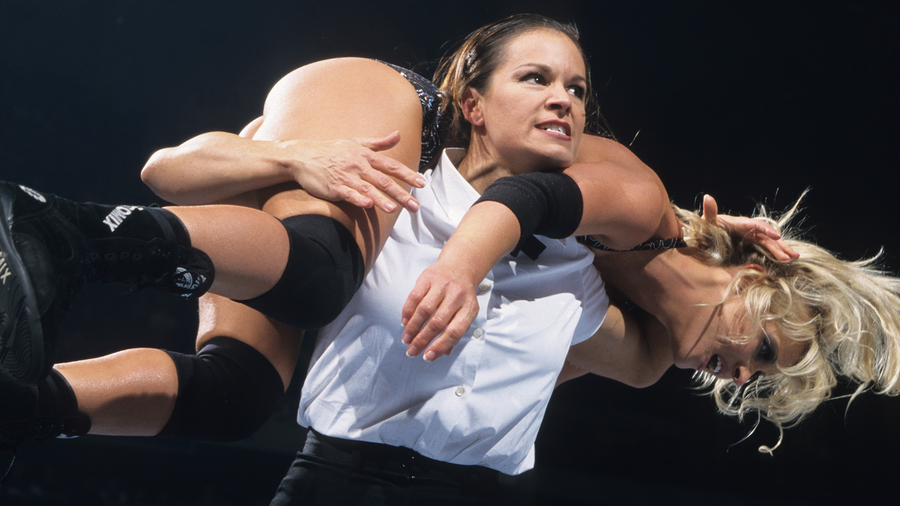 Ivory showed that she was one of WWE’s most passionate competitors during her career, and because of her incredible drive, she will be honored with induction into the WWE Hall of Fame in 2018.

After a turn in GLOW, the infamous women’s promotion that inspired the popular Netflix series, she left the sports-entertainment world for close to a decade. In 1999, Ivory arrived in WWE to help even the odds for Mark Henry & D’Lo Brown in their rivalry with Jeff Jarrett, Owen Hart & Debra. It wasn’t long, though, before she broke out on her own and captured the WWE Women’s Championship on two occasions, even defeating Hall of Famer The Fabulous Moolah for the second.

During WWE’s in-your-face Attitude Era, Ivory aligned herself with the buttoned-up Right to Censor group, which sought to put an end to the more off-color aspects of the era. She did her part to further the group’s cause, capturing her third Women’s Title, this time defeating Hall of Famers Lita, Trish Stratus and Jacqueline in a Fatal 4-Way.

Ivory continued competing in WWE through 2005 while taking on other roles, becoming a trainer on season 3 of WWE Tough Enough, as well as an announcer and host on WWE programming.

In 2018, she can add another accolade to her resume: WWE Hall of Famer.