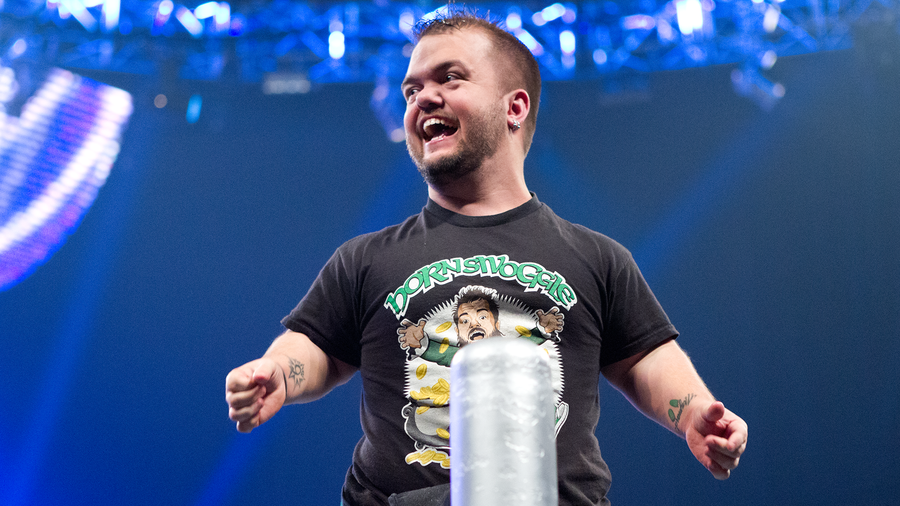 Although he was half the size of every other Superstar on the roster, Hornswoggle, at times, displayed twice the intensity of his fellow ring warriors.

Debuting in 2006, Hornswoggle was first seen as a cackling fiend who capered out from under the ring to wreak havoc on the opponents of fellow countryman Fit Finlay. His madcap antics soon earned him an unprintable nickname from Michael Cole, one that stuck with him until his real name was revealed the following year.

Shortly after the disclosure of Hornswoggle’s name, the little man shocked the world when he defeated Jamie Noble for the Cruiserweight Championship. The title’s retirement in September 2007 meant that Hornswoggle was the last Superstar ever to reign as Cruiserweight Champion. In a short time, Hornswoggle locked horns with Superstars such as Chavo Guerrero and The Miz, rocked out with 3MB and was revealed to be the anonymous Raw General Manager. Not bad for a guy who could grow a beard before he was able to form a coherent sentence.

The pint-sized grappler with a penchant for mischief made the WWE Universe think green (in the unconventional way) for years through both his antics and in-ring action — he even competed in the first ever "WeeLC" Match at Extreme Rules in 2014. Some wrote him off for his size, but WWE fans and Superstars quickly came to know that Hornswoggle was always plotting something big.