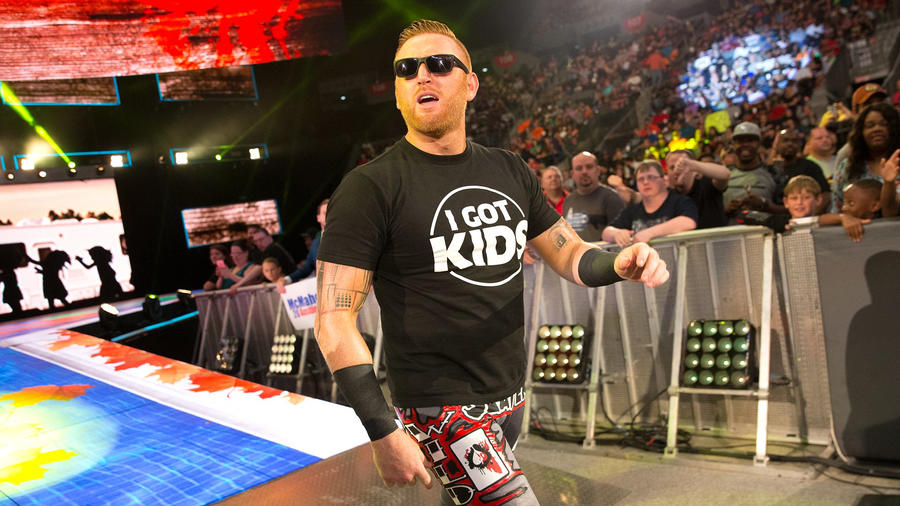 Fueled by a mouth that never stops running and arrogance as scorching as the shock of red hair on his head, Heath Slater certainly lives up to his self-imposed moniker, “The One-Man Band.”

Hailing from West Virginia, Slater first exploded onto the WWE scene as a Rookie on WWE NXT’s inaugural season. Right out of the gate, Slater made an impact, becoming the first-ever NXT Rookie to defeat a WWE Pro in a singles match. From there, he joined The Nexus in its hostile takeover of WWE and, like all good rockers before him, refused to stay painted into a single corner.

Instead, Slater went where the music took him, baby, collaborating with the likes of 3MB and Titus O’Neil to remain a steady presence in WWE’s tag team division while also making it a point to take on any Legends that came across his path. He even tagged up with Rhyno to become one-half of the first-ever SmackDown Tag Team Champions, and the tandem later moved to Monday Night Raw during the 2017 Superstar Shake-up.

With his job on the line, Slater was forced into a must-win one-on-one match against The Man Beast, defeating and, in the process, essentially firing his longtime friend. Slater was able to stay on the red brand, but per “General Manager-Elect” Baron Corbin, he would serve as a referee and not as a Superstar. The One-Man Band got sweet vindication shortly thereafter, however, counting the decisive 1-2-3 that ended Corbin's reign of terror.

Slater is still rockin’ out, and all it takes is just one hit.