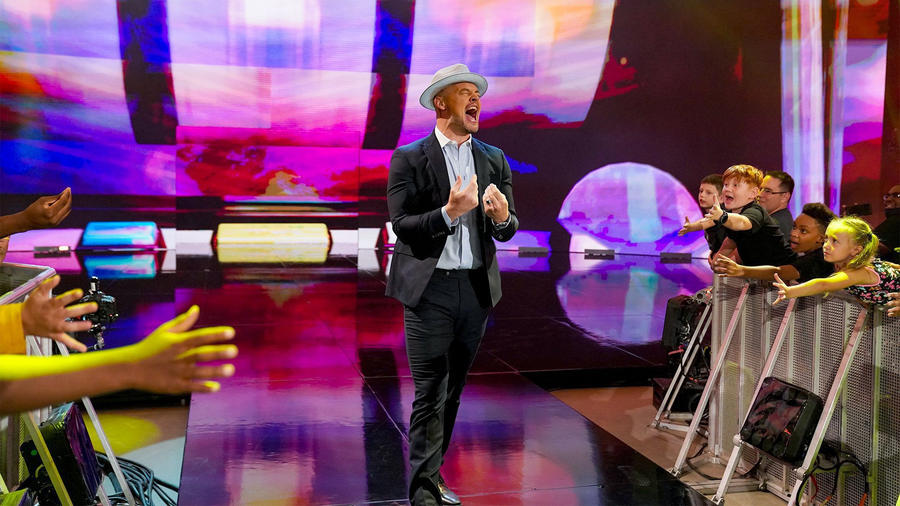 Like him or hate him, and you probably hate him, the ruthless one-time king Baron Corbin has always been a force to be reckoned with. After losing everything, however, he won it all back in Las Vegas and has now come back better than ever as Happy Corbin! Could this new positive outlook somehow make him more dangerous than ever?

A former NFL player whose aggression got him booted from the game, Corbin had found the perfect outlet for his rage in WWE, and the perfect target for it in, well, anyone and everyone who crossed his path.

Less a Superstar than a force of nature, The Lone Wolf first made his mark on The Grandest Stage of Them All when he eliminated Kane from the third annual Andre the Giant Memorial Battle Royal to win the bout and stake his claim as the legendary giant’s heir apparent.

He battled rivals like Roman Reigns, AJ Styles, Sami Zayn and more, and won the Money in the Bank Ladder Match and the United States Championship in the process. Corbin even ended WWE Hall of Famer Kurt Angle’s career at WrestleMania 35 and won the 2019 King of the Ring Tournament. Loathe him? How could you not?

When Corbin lost his crown the King Nakamura, it kicked off a series of unfortunate events in which he lost all him money, property and even family. He was even fined for inappropriate dress by WWE. Left with nothing, he began to beg anyone who would listen for outlandish amounts of money and even stole the Money in the Bank contract from Big E. After winning it all back in Vegas, though, Happy Corbin is now on top of the world, has backup in the form of Madcap Moss, and is ready to bring his new positive outlook to SmackDown to enhance his game in every way possible.

On the October 17th edition of Monday Night Raw it was revealed by WWE Hall of Famer JBL that Corbin was the newest member of the Raw roster, having been traded for Rey Mysterio.