Some know him as The Heartbreak Kid, The Showstopper, The Icon or Mr. WrestleMania. But what you might not know about WWE Hall of Famer Shawn Michaels is that he’s gone by a much simpler name his entire life: Outdoorsman.

Michaels reveals this lesser known yet inseparable side of himself in his new TV series Shawn Michaels' MacMillan River Adventures, airing Tuesdays at 11:30 p.m. ET on the Outdoor Channel. (Repeats air Wednesday at 3:00 a.m. ET and Saturday at 7:00 p.m. ET)

Michaels describes the series not so much as a hunting show as it is a lifestyle show, in which he and co-host/friend Keith Mark want to expose people to the joys of hunting, fishing and the great outdoors. (SNEAK PEEK PHOTOS) 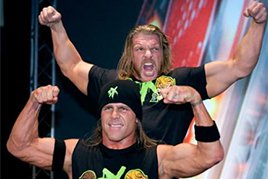 Yet just because he's currently relishing in his time enjoying the great outdoors, HBK isn't totally separating himself from WWE. In fact, he revealed the real possibility of past and current Superstars appearing on his show, including a potential DX reunion!

Regarding good friend Triple H, Michaels said, “He’s a guy who has never done anything like this, but he is intrigued by it. And that’s all I want to do - just expose people to [hunting and fishing], and have them give it a try."

As committed as Michaels was to sports-entertainment, his passion for hunting and fishing runs even deeper. And he’s not ashamed to admit it. God, family and country are his guiding principles in life.

“I know these days that if you’re old-fashioned … and believe in God, you’re just a dork. But it’s something that I do take seriously. I personally don’t care if people find that to be bothersome.  That’s what this country was founded on. There are some things that worked 200 years ago that still work today,” he said.

Michaels is also working to instill his beliefs and passion for the outdoors in his children. “It’s us wanting to raise our children to be a little more self-reliant, and not have to depend on everyone and everything around them to survive. It’s a lifestyle that we enjoy living,” he said. 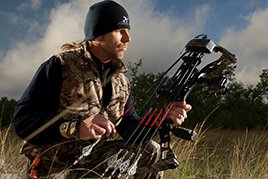 He speaks passionately about how proud his kids are to provide food for the family with animals they harvest, including his 6-year-old daughter catching trout and his son getting his first deer this year.

“If people have a problem with that, it’s not going to concern me that much. I’d rather have a boy who enjoys spending time in a deer blind with his dad, as opposed to searching the Internet for something that is not that informative or true.”

The game Michaels harvests doesn’t just go to his family. He gives hundreds of pounds a year to Hunters for the Hungry, which donates to homeless shelters and food kitchens for the less fortunate.

With Shawn Michaels' MacMillan River Adventures – in addition to exposing people to the outdoor lifestyle –  Michaels and Mark hope to inform and educate people that the harvesting of animals is necessary and beneficial. 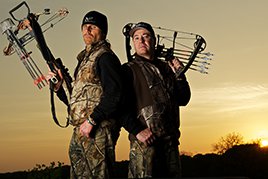 “There is only so much habitat out there. It’s far more cruel to let younger and older animals starve to death, or fall prey to coyotes, bobcats, mountain lions and other predators, than it is to take them at a mature age … after their prime breeding time and use them for consumption. We’re hoping to educate people that it’s not the senseless killing of animals.”