With Money in the Bank approaching, The Ultimate Opportunist might normally have been strategizing for how to win another World Championship or claim the Money in the Bank briefcase. However, now that Edge is retired from WWE, he has immersed himself in completely new challenges – including conquering acting and enjoying the great outdoors.

Prior to working on Haven, Edge guest starred on the season finale of Syfy's Sanctuary as a rebellious Abnormal named Thelo (Photos).

“I know I’m new at [acting], so creatively, it feels like my juices are still growing,” he said. “I’m trying something completely new that I know I have to get better at. It’s a fun process. The [Haven] cast around me is really, really cool. They know that it is new to me and they’re really helping me along.”

Probably not giving himself enough credit, Edge’s work has already landed him a reoccurring part on Haven. Look for the season two premiere of Haven on Friday, July 15 at 10/9 CT on Syfy, immediately following SmackDown. 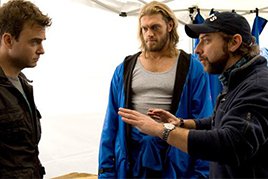 When not perfecting his acting skills on the set of Haven, Edge has kept busy by working on his house and enjoying a host of outdoor activities, including hiking, sea kayaking, inner tubing and walking his dog. “Each walk ends in a waterfall and a swim,” he revealed.

The lifestyle he’s leading now is quite a bit different than that in WWE, and even though he’s enjoying every minute of it, the former 11-time World Champion admitted, “I miss the crowds and locker room camaraderie.” What he doesn't miss is the physical punishment or travel. Although the symptoms from his injury have subsided, “When I travel, the pain comes back,” he said. (Injury forces Edge to retire)

Perhaps no other Superstar is more synonymous with ladder-stipulated matches than The Rated-R Superstar. How ironic, then, that while talking about this year's Money in the Bank contests, Edge made a shocking confession: When the Money in the Bank briefcase concept was first introduced in 2005 at WrestleMania 21, he wasn't a big fan of the idea. He felt a Superstar’s main goal in the ring should be fighting for a championship, not a piece of paper. (Watch: The legacy of the Money in the Bank Ladder Match)

Today, Edge readily admits his apprehension about Money in the Bank was wrong, and that his entire career would certainly look a lot different if not for the concept. (Career retrospective | Photos) 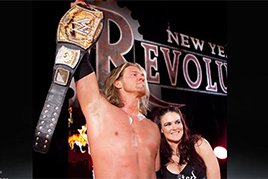 The Rated-R Superstar’s long history with the Money in the Bank Ladder Match began when he won the inaugural contest at WrestleMania 21 (Watch), then cashed in the contract against John Cena at New Year’s Revolution 2006 to win his first WWE Championship.

“It was a vindication of my whole career. This is what I put the time in for – what anybody puts the time in for. It was where I really broke through for the first time,” he said.

During one May week in 2007, Edge won the Money in the Bank contract from Mr. Kennedy on Raw, then cashed it in against The Undertaker to win the World Heavyweight Championship on SmackDown. It was this victory, of course, which spawned the moniker “The Ultimate Opportunist.” Later, as his career progressed, Edge was involved in some way with three more situations involving the cashing in of the Money in the Bank contract. 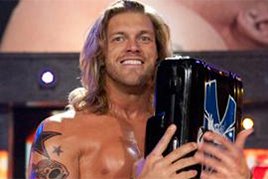 When analyzing the list of competitors, he identified Cody Rhodes as a potential winner. As for whether a large Superstar like Kane (who won last year's SmackDown contest) has an advantage over a smaller Superstar like Daniel Bryan, he could only surmise, “It’s up for grabs. It’s a free-for-all."

And what of Christian? Does Edge still cheer on his lifelong friend in his quest to dethrone World Heavyweight Champion Randy Orton, despite having turned his back on the WWE Universe? The Rated-R Superstar answered unequivocally, “I totally support him.” 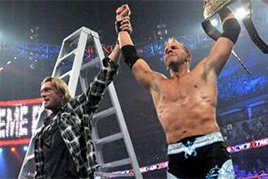 Although the WWE Universe no longer has the pleasure of seeing Edge compete in the ring, don’t think you’ve seen the last of The Ultimate Opportunist. You’ll find him at SummerSlam Axxess (Details | Tickets) this August, on Haven for multiple episodes, and returning to his guest-starring role on Sanctuary when the series returns to Syfy later in 2011. “Maybe at some point," he added, "I’ll think about writing another book."

Whatever comes next in his life, Edge is sure to seize the opportunity.