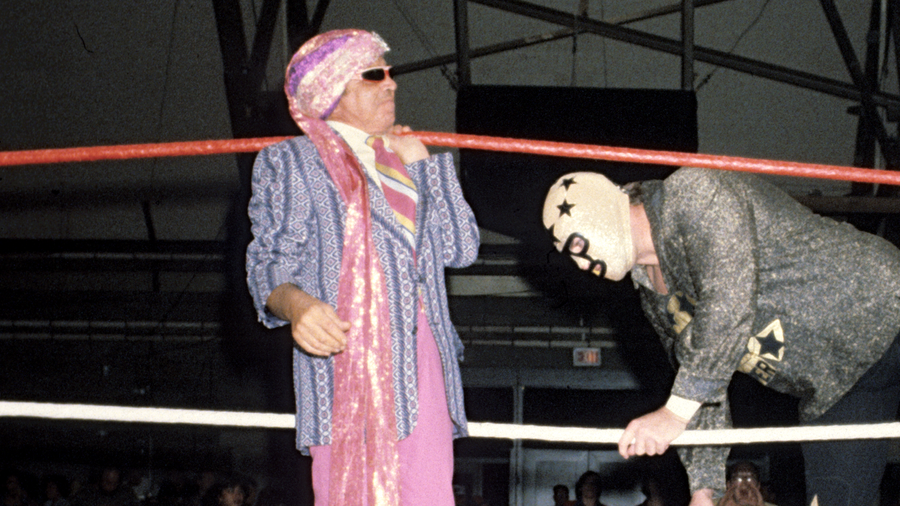 Ernie Roth could turn a phrase like no other, and that quality led him to success in all facets of his professional life. At the beginning of his career, Roth was a disc jockey in the Midwest looking for success; but when his career was over, The Grand Wizard was lauded as one of the most nefarious managers in the history of sports-entertainment.

In the 1960s, then radio-announcer Roth got his start in sports-entertainment, working in the Detroit area. Standing only 5-foot-7 and weighing less than 150 pounds, he certainly wasn't much of a physical threat. However, it was his intellect and keen sense of timing that made him one of the elite. Then known as Abdullah Farouk, he began managing The Sheik, carving a niche for himself as a sneaky, underhanded crony at ringside. He was one of the first managers to frequently interfere on his client's behalf, nearly inciting riots on several occasions. He became so good at what he did that in the 1970s, he moved to WWE and became known as The Grand Wizard.

Clad in deliberately mismatched clothes, a spangled turban and wrap-around sunglasses, the Wizard made a splash almost instantly. He led Stan Stasiak to the WWE Championship in 1973 and guided "Superstar" Billy Graham to the same title in 1977. He also led Pat Patterson, Ken Patera and Don Muraco to the Intercontinental Championship in the late 1970s and early 1980s. Hall of Famers Killer Kowalski, Cowboy Bob Orton, Greg "The Hammer" Valentine, Mr. Fuji and Sgt. Slaughter are just a few of the other Superstars who spent time under The Grand Wizard's tutelage. Fuji later went on to become a successful manager in his own right, undoubtedly learning some of the finer tricks of the trade from the Wizard.

While widely renowned for his meddling ways, The Grand Wizard was also known as one of the smoothest talkers in sports-entertainment. He carried over this talent from his radio days, inciting fans and announcers by reminding them that "it's hard to be humble when you're great!"

Unfortunately, no one ever found out the limits of that greatness. In October 1983, he passed away after a heart attack. WWE was stunned by his sudden loss, paying tribute to him on television in the wake of his passing; former protégé Slaughter even saluted an empty corner during a match in tribute to his fallen mentor.

In 1995, The Grand Wizard was posthumously inducted into the WWE Hall of Fame, with Slaughter giving his induction. His influence has inspired numerous managers throughout the years and through that influence, his legacy will live forever.