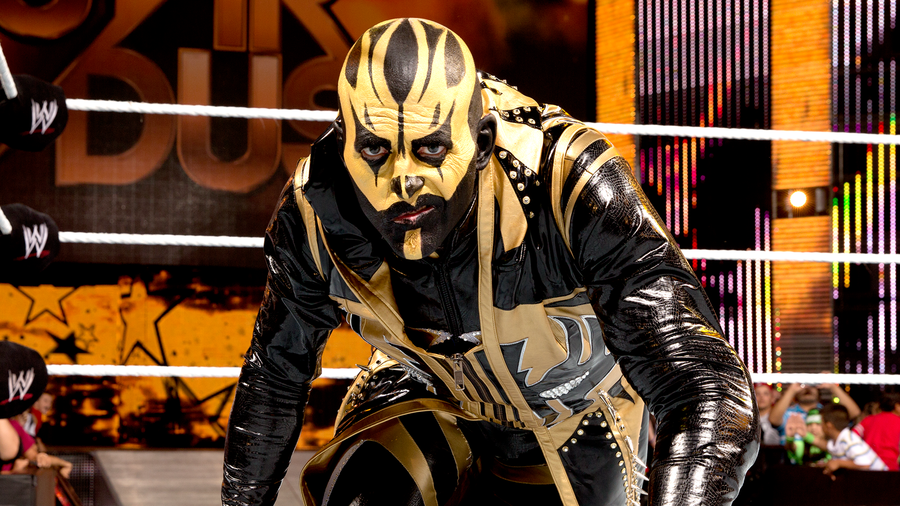 Beneath the platinum blond wig, sleek latex and gobs of gold face paint is the son of WWE Hall of Famer Dusty Rhodes. Good luck trying to understand him, though. Goldust is a twisted enigma wrapped in a package of many surprises — or, as some of his past rivals probably would describe him, "a sick freak."

The WWE Universe has been taken on a long, fascinating trip since The Bizarre One first strutted his bedazzled stuff in 1995. With an envelope-pushing style that predated the scandalous Attitude Era, Goldust instantly became a Superstar to watch and an oddity to fear. When the cameras were rolling on him, you got the sense anything could happen.

After winning his debut match against Marty Jannetty at In Your House in ’95, he soon turned his attention to a polar opposite, a greased slice of oozing machismo known as Razor Ramon. Seemingly at will, as would be the norm with "The Prince of Perversion," he prodded and manipulated Razor's mind like a chunk of Silly Putty. Capitalizing on his unusual tactics, Goldust defeated "The Bad Guy" at WWE Royal Rumble 1996 to win the Intercontinental Championship. It wasn't just his first WWE title, but also the first for his brand-new "director," the cigar-smoking seductress Marlena.

While The Bizarre One began to flit in and out of WWE for the better part of the 2000s, the bonds of family eventually brought Goldust back home in 2013. It was then he formed an alliance with his brother Cody Rhodes under the guidance of “The American Dream” himself before aiding Cody’s transformation into Stardust. After they split, Goldust formed a fan-favorite tag team called The Golden Truth with R-Truth until The Bizarre One shocklingly betrayed his partner. Ever since, the WWE Universe has come to know — sometimes at their peril — the dangerous decadence of the man in gold. And it’s safe to say that they, like the rest of us, will truly never forget his name.