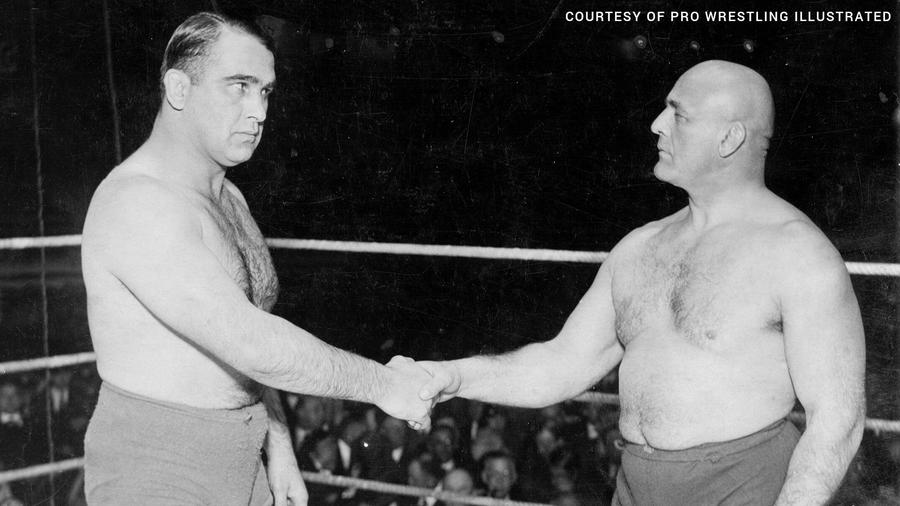 Ed “Strangler” Lewis, a main attraction of the early 1900s, now has a hold on immortality, as he is enshrined in the first class of the WWE Hall of Fame Legacy inductees.

Best known for his aggressive style, Lewis headlined many of wrestling’s earliest shows at Madison Square Garden in the 1930s.

Having had memorable clashes with the likes of Stanislaus Zbyszko, Joe Stecher and Ray Steele, Lewis gained a reputation for taking on all comers, competing everywhere from the Chicago Cubs’ Wrigley Field all the way to New Zealand.

Regardless of location, Lewis’ opponents feared his dreaded strangle hold, a variation of the sleeper hold, which many credit Lewis for bringing to the mainstream.

Lewis retired in 1948 but finished out his career just as fearlessly as he started, even competing after being pronounced legally blind. His resume speaks for itself, with Lewis winning such championships as the Boston-area American Wrestling Association Title and the Florida version of the National Wrestling Alliance Championship during his storied career.

Although Lewis is no longer with us, his imprint on sports-entertainment is everlasting, and he will be forever immortalized as a member of the WWE Hall of Fame.