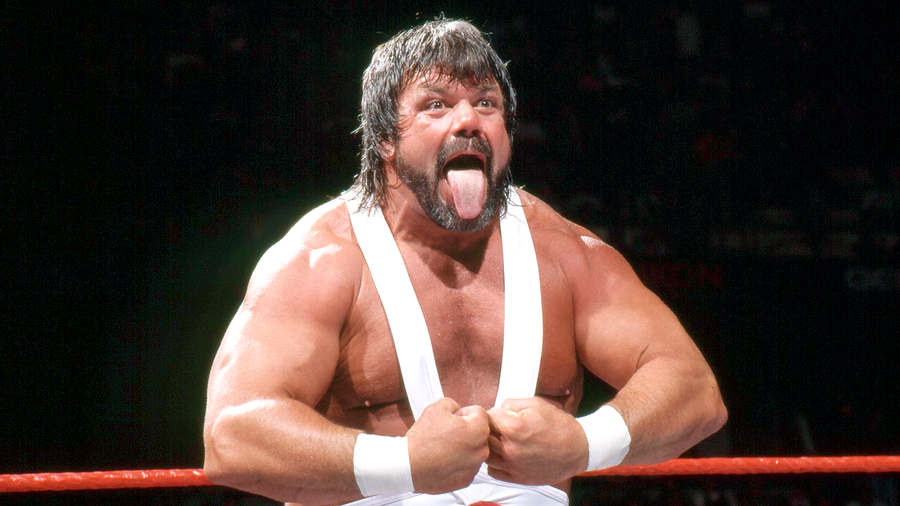 A standout in both football and wrestling at the University of Oklahoma, "Dr. Death" Steve Williams possessed an uncommon mix of intimidating size, brute strength and natural athletic ability that made him a perfect fit for the ring.

While a senior at OU, Williams was noticed by WWE Hall of Famer Bill Watts, who signed the 22-year-old to his Mid-South Wrestling promotion. Learning his craft with the help of major stars like The Million Dollar Man and "Hacksaw" Jim Duggan, Dr. Death quickly developed a reputation as a rough and tumble young competitor.

His considerable talents would continue to flourish throughout the 1980s with a successful stint in the National Wrestling Alliance, where Williams claimed tag team gold with Kevin Sullivan and Mike Rotundo on separate occasions. Dr. Death would find his greatest success, however, more than 6,000 miles from home in Tokyo.

At the time, wrestling in Japan was white-hot, and intimidating American stars (known colloquially as gaijins) were in high demand. Realizing the success similarly built competitors like Stan Hansen and Vader had achieved overseas, Williams tried his luck in All Japan Pro Wrestling.

Teaming with Terry "Bam Bam" Gordy as the Miracle Violence Connection, Williams took Japan by storm, capturing multiple major championships and destroying everyone that was placed in front of him. By many accounts, Williams went a full decade without being pinned.

Much of this success is owed to Dr. Death's devastating offensive arsenal. While most Superstars rely on one finishing maneuver to stop their opponents, Williams had three equally destructive moves — the Doctor Bomb (a gutwrench powerbomb), the Backdrop Driver (a high angle belly to back suplex) and his trademark, the Oklahoma Stampede (a modified powerslam).

Dr. Death's extensive schedule in Japan gave him little time to compete in the United States, yet joined World Championship Wrestling in 1992 along with Gordy. The two men defeated The Steiner Brothers for the WCW Tag Team Championship during their successful run before returning to Asia less than a year later.

Even with his considerable talents and stellar reputation, Dr. Death was never a major star with WWE. He did, however, compete on Raw for a brief period during 1998. During this time, he was managed by his old friend and fellow Oklahoman Jim Ross. Williams also competed in WCW during the tail end of the Monday Night wars, battling Vampiro on several occasions.

The big man continued to compete all over the world until 2004 when he announced he had throat cancer and was undergoing surgery. Ever the fighter, Williams did not let the disease stop him. Amazingly, he would return to the ring after his procedures and eventually become cancer-free.

Sadly, the cancer would return and on Dec. 29, 2009, Williams passed away at the age of 49 after a long battle with throat cancer. By all accounts, he fought bravely right to the end, inspired by his faith in God and the love of his friends and family.

"As strong as Doc was," J.R. wrote of his friend of over 30 years, "he had a heart of gold and was blessed with a kind, gentle spirit and a loving heart."

Dr. Death's ability in the ring made him a star, but it was his courage that earned him the respect and admiration of his peers.