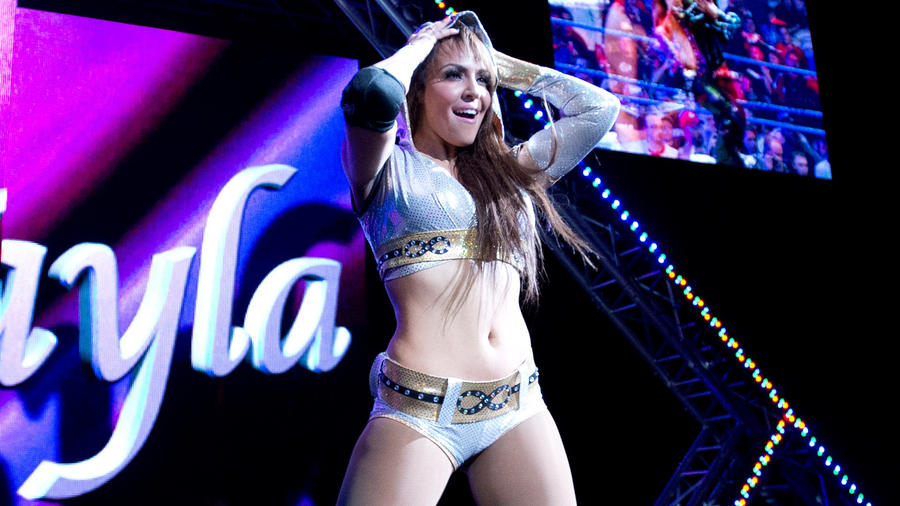 Utilizing skills honed while a member of the Miami Heat dance squad, Layla won the 2006 Diva Search to earn her opportunity in WWE.

The flirty contest winner made her first appearance at that year’s SummerSlam, and the English-born beauty then took her sweet dance moves to ECW, where she wowed the WWE Universe as part of the Extreme Exposé.

By 2009, Layla joined forces with Michelle McCool to form Team Lay-Cool on SmackDown. The “Flawless” duo seemed inseparable, even going as far as referring to themselves as the self-professed “co–Women’s Champions” when Layla held the title. But it wasn’t long before Layla enjoyed her own time in the spotlight.

Alongside McCool in a 2-on-1 Handicap Match for the title, Layla pinned Beth Phoenix in May 2010 on SmackDown to become the first-ever British Women's Champion, and with that accolade, she also became the last Women’s Champion, as the title was retired shortly thereafter.

Things started to unravel between Lay-Cool in 2011, culminating with a Loser Leaves WWE Match at Extreme Rules, which saw the end to their friendship and McCool’s departure from WWE. Despite the victory over her ex-friend, an injury sidelined the British beauty for the rest of the year.

After a lengthy rehab on her knee, Layla finally returned to the ring at Extreme Rules 2012 where she defeated Nikki Bella to win the Divas Title, proving that she hadn’t lost a step in her time away from the squared circle. Although Eve defeated Layla for the title at Night of Champions 2012 amid a cloud of controversy, the insatiable former champion kept her sights on regaining the title gold.

Layla turned against her friend Kaitlyn to join forces with then-Divas Champion AJ Lee, joining her in tag team action in her quest to bring down the stars of E!'s Total Divas. Not long after, Layla competed in the Vickie Guerrero Divas Invitational at WrestleMania 30 for the Divas Championship but was unsuccessful in dethroning AJ for the title. A brief fling with Fandango followed, but the pair eventually fell out of step.