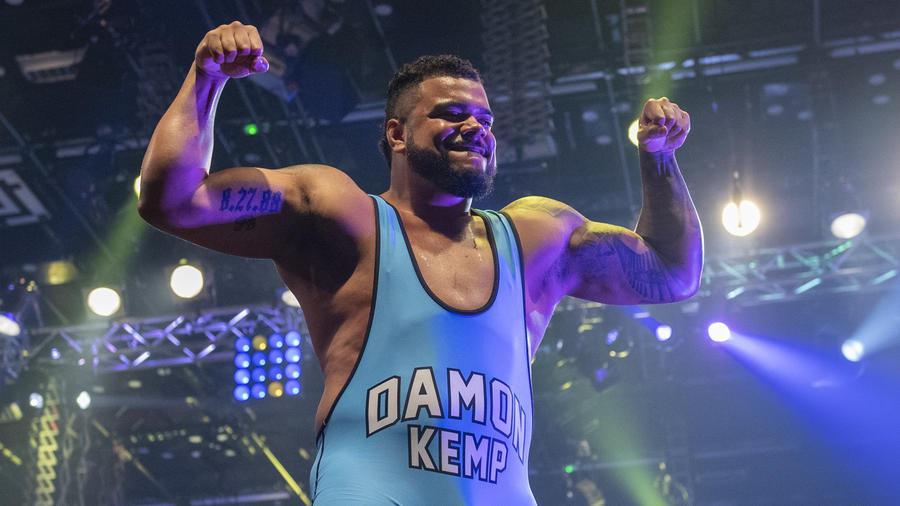 A storied freestyle and Greco-Roman wrestler from the University of Minnesota and Pan-American Games Champion, Damon Kemp immediately caught the attention of Roderick Strong and became the newest member of Diamond Mine.

He's also found the time to form an apparent parternship with Wolfgang on NXT UK.

With a bruising style inherited from his collegiate background, Kemp is among some of the most technically gifted grapplers in WWE. Under the tutelage of Strong, alongside NXT Tag Team Champions The Creed Brothers and Ivy Nile, Kemp found family in The Diamond Mine and ran roughshod over NXT.

Kemp would later turn on his Diamond Mine brethren shocking the NXT Unvierse and forging a new ruthless path for himself.