Winner of the 2004 Raw Diva Search 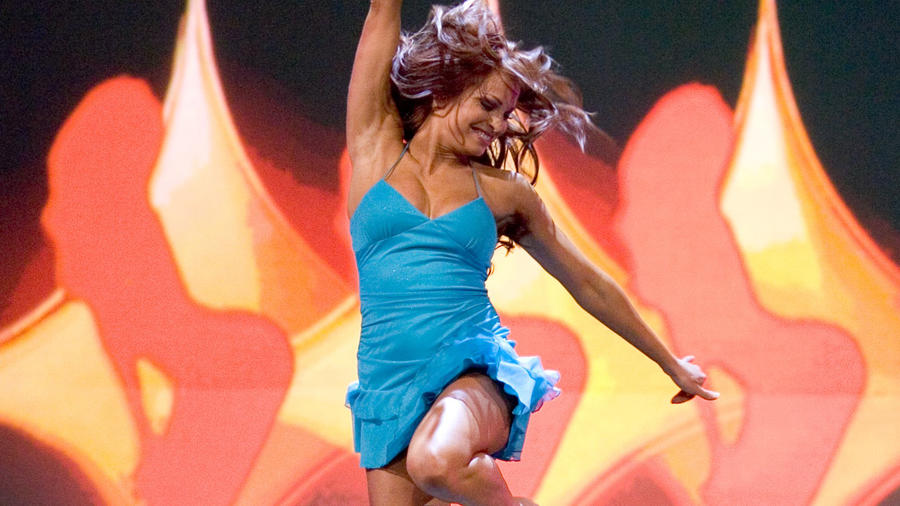 Stunning as a cover girl, excitable as a jumping bean and as hard-nosed as the dirt bikes she raced, Christy Hemme was like no one else in WWE. Her supermodel looks combined with a unique tomboy attitude made Christy an instant favorite among WWE fans and wherever she appeared in the world of pop culture.

In 2004, the dynamic redhead emerged out of a field of 7,000 other women to win the 2004 Raw Diva Search, which included eventual Divas Michelle McCool, Candice Michelle and Maria. With her victory, the Los Angeles native scored a WWE contract worth $250,000 and a permanent spot on Monday Night Raw. Before she ever laced up a pair of boots, the firecracker lit up Raw by winning fashion shows, pillow fights, dodgeball games and limbo contests.

But this spitfire from Hollywood wasn’t all beauty. During the early portion of 2005, veteran Diva Trish Stratus became furious that the spotlight of WWE had shifted firmly onto the recent Diva Search winner. After sustaining a series of attacks from the multi-time Women’s Champion, Christy confronted her nemesis and challenged her to a bout at WrestleMania 21.

Although the rookie came up short in her hometown, Christy participated in a memorable recreation of a scene from “When Harry Met Sally…” as a part of WWE’s “WrestleMania Goes Hollywood” series. Rebounding from her loss on The Grandest Stage of Them All, the SoCal bombshell defeated a host of other talented Divas, including Stacy Keibler and former Women’s Champion Molly Holly.

After developing a unique alliance with Eugene, Christy became a fixture at ringside during her new partner’s memorable rivalry with Kurt Angle, including their bout at SummerSlam 2005. But the collaboration was short-lived. Days after the event, the Raw Diva Search winner was shipped to SmackDown in a blockbuster trade.

On the blue brand, Christy culminated her WWE career with fellow motorcycle enthusiasts The New The Legion of Doom, Animal and Heidenreich. The bikers defeated the arrogant trio of MNM – Melina, Johnny Nitro and Joey Mercury – at No Mercy 2005, with Christy finishing her WWE career as a winner.