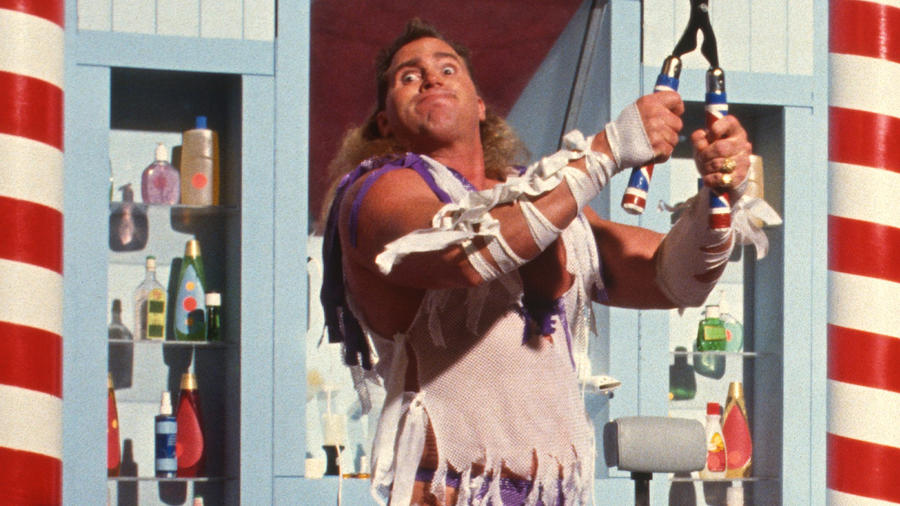 As the flamboyant hairdresser who clipped the locks of WWE rivals in the ’80s and early ’90s with his trademark shears, Brutus “The Barber” Beefcake was all about two things — cuttin’ and struttin’.

A marquee Superstar during WWE’s national expansion in the 1980s, The Barber battled rivals like The Honky Tonk Man and Mr. Perfect and competed in main event matches alongside his good friend, Hulk Hogan, at SummerSlam ’89 and WrestleMania IX. But Beefcake’s greatest accomplishment may have been his defiant return to the ring in 1991 after a freak accident nearly ended his life.

First introduced to the WWE Universe as an arrogant member of “Luscious” Johnny Valiant’s Dream Team, Beefcake won the World Tag Team Championships with Greg “The Hammer” Valentine in 1985. But Brutus found his true calling when Roddy Piper defeated Adrian Adonis in a Hair vs. Hair Match at WrestleMania III. At odds with Adonis at the time, Beefcake hit the ring to help Hot Rod snip the villain’s golden locks and was reborn as The Barber in front of more than 93,000 WWE fans.

Now strutting down the aisle with candy-striped garden shears and barely-there spandex pants, Brutus "The Barber" Beefcake became a fan-favorite as he took down opponents with his Sleeper Hold and cut off their hair. By 1990, the once-villainous Barber had teamed with Hulk Hogan against “Macho Man” Randy Savage & Zeus in the main event of SummerSlam ’89 and ended Mr. Perfect’s nearly two-year-long undefeated streak.

The Barber was on his way to big things when he was severely injured in a brutal parasailing accident in 1990. The mishap nearly killed the Superstar, but he persevered and made a miraculous comeback in ’91 with eight titanium plates, 32 screws and 100 feet of steel wire holding his face together. Upon his return, Brutus hosted his own talk show segment, “The Barber Shop,” and teamed with his old pal The Hulkster to take on Ted DiBiase & Irwin R. Schyster at WrestleMania IX.

Following his tenure in WWE, Beefcake joined Hogan in WCW, where he competed under a character actor’s résumé of personas, including the lascivious Booty Man, the wacko Zodiac and the stoic Disciple and Brother Bruti. The flashy Superstar will always be remembered as one of the most popular competitors of his generation, which is why he is more than worthy of induction into the WWE Hall of Fame.