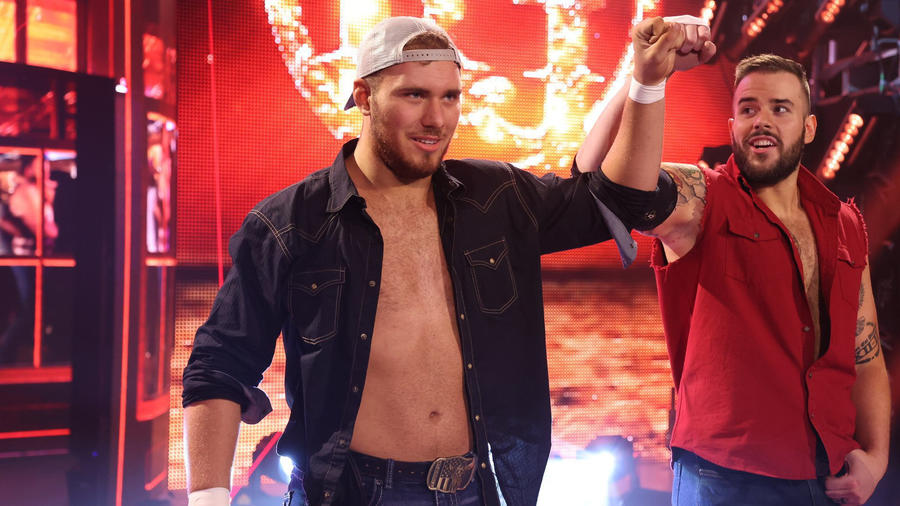 Though he’s just getting his WWE career off the ground, that doesn’t mean Brooks Jensen is content with being a role player.

Quite the opposite, actually. The take-no-prisoners brawler immediately made an impact by forming a powerful yet fun-loving tag team with the equally monstrous Josh Briggs.

And with the advantage of joining NXT 2.0 right from the brand's new beginning, the spotlight is ripe for the taking for a hungry and entertaining young tandem like Brooks and Jensen, the latter of whom has often made good on his promise to deal with anyone who looks at him sideways by clocking them in the jaw.

Jensen and Briggs would later travel to the United Kingdom where they shocked the NXT UK Universe by winning the NXT UK Tag Team Championship.