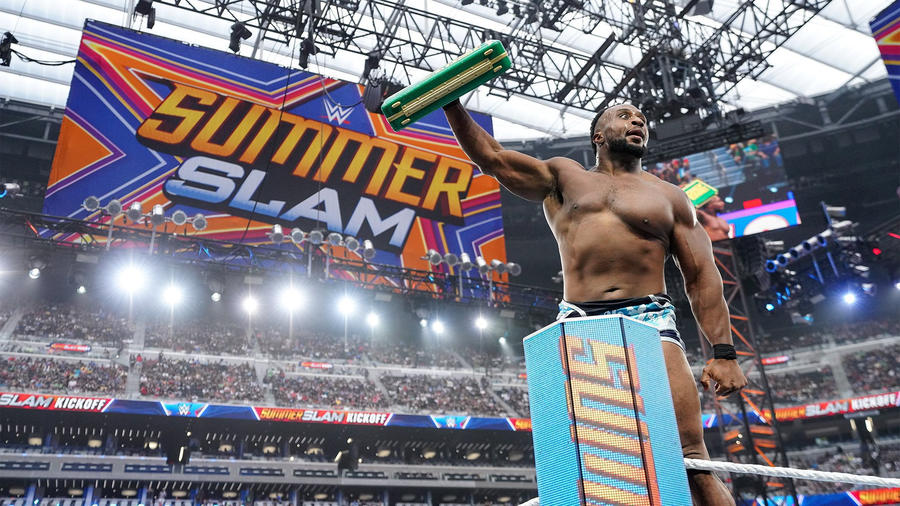 The word “Big” almost feels like an understatement when talking about Big E, but how else do you describe a 290-pound tank of a man who can deadlift a Fiat? “Superhuman” comes to mind, as does “Herculean.” “Big,” though, leaves no question about the type of punishment he dishes out inside the ring.

Long before he was chanting “New Day Rocks” with his New Day brethren, Big E was destined to command the spotlight. He was always the strongest kid in class — an advantage he used to win state championships in high school wrestling and punish quarterbacks on the defensive line for the University of Iowa.

When Big E signed with WWE, it looked like more punishment was on the menu for his opponents. That was the case as he bulldozed his way to the NXT Championship, then debuted on Raw and captured the Intercontinental Title. But it was after he joined forces with Kofi Kingston and Xavier Woods to form The New Day that the WWE Universe got to learn about the man behind the muscle. Incorporating The Power of Positivity, Big E revealed his fun-loving side, heralding The New Day’s arrival with his booming voice and never hesitating to shake his hips mid-match – before crushing his opponents with a devastating splash, of course.

Behind the laughter, the unicorn horns and the Booty-Os, Big E was just as dangerous as ever. Without question, he stood as a crucial element of the dominant trio and a huge part of why The New Day became multi-time Tag Team Champions and holds the record as the longest-reigning team in WWE history.

The 2020 WWE Draft was truly a bittersweet evening for The New Day, however, as Kingston and Woods were drafted to Raw immediately after winning the SmackDown Tag Team Titles, and the blue brand countered by selecting Big E. Nevertheless, his departure from Kingston & Woods opened the door for The Powerhouse of Positivity to claim the Intercontinental Title and make Friday Night SmackDown an even bigger show. Then, in July of 2021, Big E reached new heights when he overcame the field in the Money in the Bank Ladder Match to become Mr. Money in the Bank for the first time.

The good times kept on rolling for The Powerhouse of The New Day, as Big E cashed in on Bobby Lashley to win the WWE Championship before being selected as Raw's first pick in the 2021 WWE Draft!