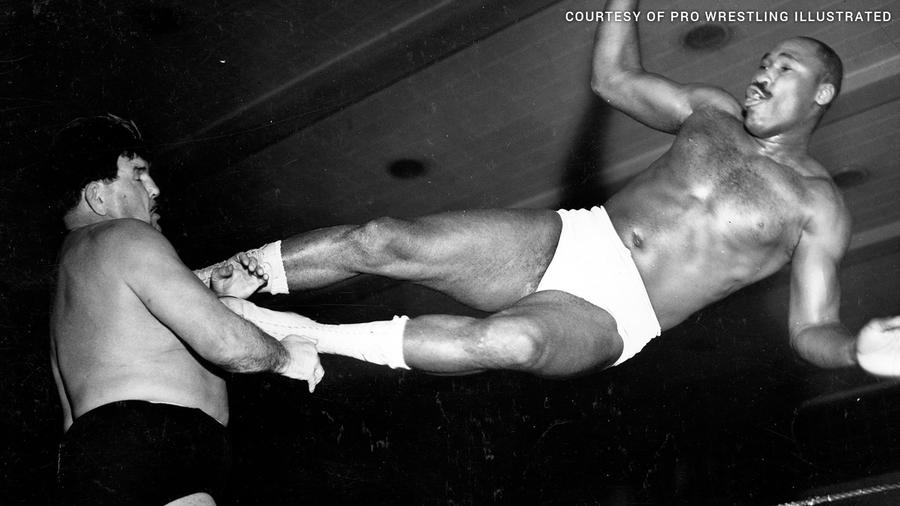 Bearcat Wright never met a barrier he didn’t break, and with great relish.

The legendary Superstar was not just the son of boxer Edward “Bearcat” Wright, he became one of the chief African-American pioneers of the sports-entertainment world after crossing over from the world of pugilism. Battling the likes of The Sheik and Killer Kowalski, Wright often found himself at the crossroads of history during his in-ring career. He served a suspension from the Indiana State Athletic Commission after declaring he would no longer compete until wrestling had become desegregated, and competed in a high-profile World Championship match with Freddie Blassie just days before Martin Luther King, Jr.’s “I Have a Dream” speech.

Apart from his place in the history books, Wright was a peerless entertainer: He perfected the use of the Claw maneuver and was known for displaying his strength by crushing apples and ripping telephone books in half. Despite the controversy he created (often willingly), Wright remained one of the sport’s premiere competitors until his retirement.

Now, with history once again placing its eyes on the plight of the disenfranchised, this champion takes his rightful place in the WWE Hall of Fame.