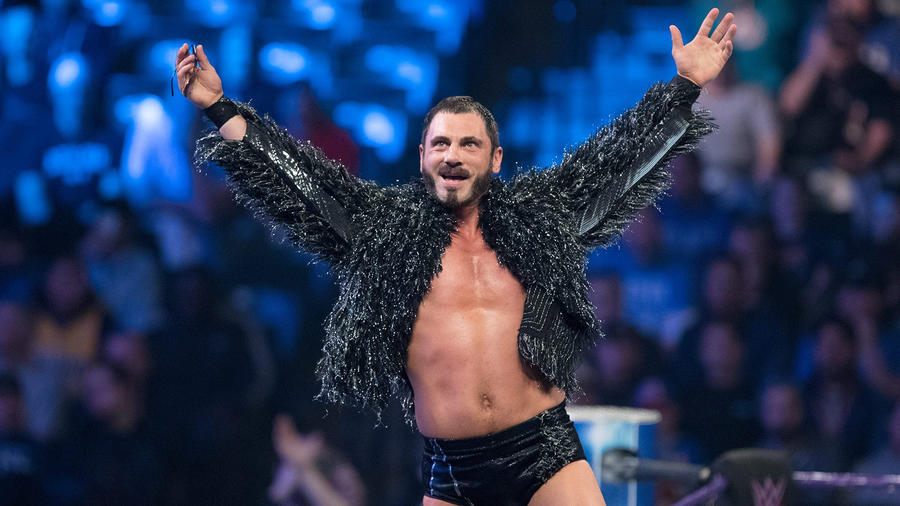 For more than a decade, Austin Aries plied his craft in rings around the world, doing battle with the likes of Daniel Bryan, Seth Rollins and Samoa Joe. Implementing an offense that’s equal parts hard-hitting and high-flying, Aries racked up world championships wherever he went.

Aries finally arrived in WWE in early 2016, entering the ranks of NXT. He was quickly introduced to the cutthroat nature of NXT by the vicious Baron Corbin, who blindsided A-Double as he made his arrival. A-Double, unafraid to step in the ring with much larger opposition, demanded a match with The Lone Wolf and got his wish. Making his NXT in-ring debut, Aries stunned Corbin at TakeOver: Dallas, catching the big man off guard with a roll-up to earn his first victory.

After competing against the likes of Shinsuke Nakamura, Baron Corbin and Tye Dillinger in NXT, Aries was sidelined with an injury. Despite his inability to compete, A-Double made his presence felt as the color commentator for WWE 205 Live.

A week after returning to the ring, Aries made his in-ring debut on Monday Night Raw and defeated Ariya Daivari. One night later on WWE 205 Live, A-Double won a Fatal 5-Way Elimination Match to earn an opportunity to challenge Neville for the WWE Cruiserweight Championship at WrestleMania. Unfortunately for Aries, he was unable to defeat The King of the Crusierweights at The Ultimate Thrill Ride following a hard-fought contest.

However, A-Double wasn't finished with Neville. Earning another opportunity to challenge the Cruiserweight Champion at WWE Payback, Aries had the Last Chancery locked in when Neville grabbed the official, ultimately losing by disqualification, but retaining the title.

Despite Neville's victory, the questionable tactics employed by The King of the Cruiserweight availed Aries a third championship opportunity at WWE Extreme Rules. After weeks of attacking one another and Neville's ally TJP repeatedly trying to sideline A-Double, the heated rivals battled in a Submission Match at WWE Extreme Rules. Despite a valiant effort, Neville managed to once again secure victory.