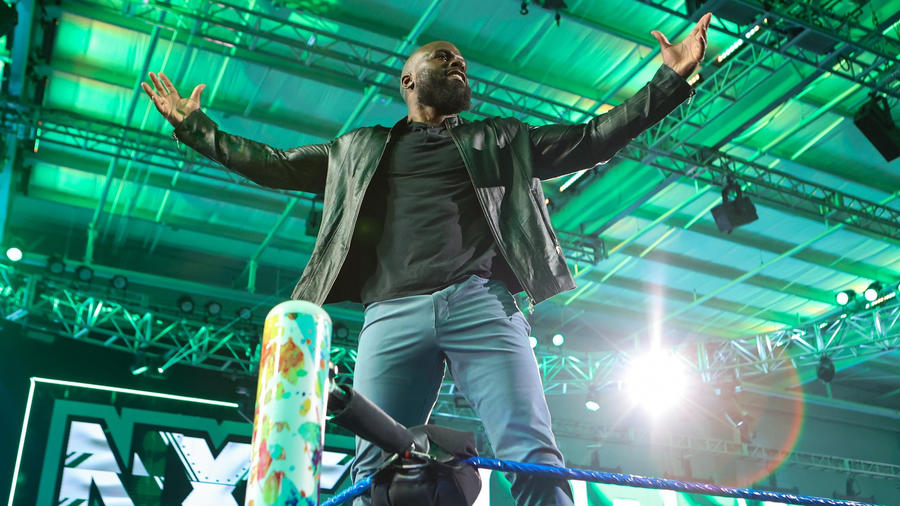 With an Olympian's physique and agility, the hulking Apollo Crews combines the raw power of The Ultimate Warrior with the agility of a top cruiserweight, confounding opponents with a ground-and-pound game and a dizzying aerial attack. He was already the proverbial five-tool player when he went from the independent scene to WWE NXT, and his astounding record at Full Sail sent the Georgia native to the main WWE roster within a year of his debut.

Almost immediately after his move to Monday Night Raw in the 2017 Superstar Shake-up, Crews was once courted by Titus O'Neil, who wanted to sign the budding young prodigy to Titus Worldwide. He soon accepted the offer to become the first Superstar to join the brand, and the move paid dividends for Apollo, who captured several impressive victories on Team Red and even main-evented Raw in a gutsy showing against Braun Strowman.

In 2020 Crews captured his first Championship in WWE, winning the United States Championship. Later in the year, Crews got in touch with his Nigerian heritage and aligned with the intimidating Commander Azeez. Crews' partnership with Azeez paid off dividends as he captured the Intercontinental Championship from Big E in a Nigerian Drum Fight at WrestleMania 37.

In June of 2022, Crews made a surprise return to NXT, vowing to win the NXT Championship.

Any Superstar that gets in his way will inevitably suffer the wrath of the real Apollo Crews.