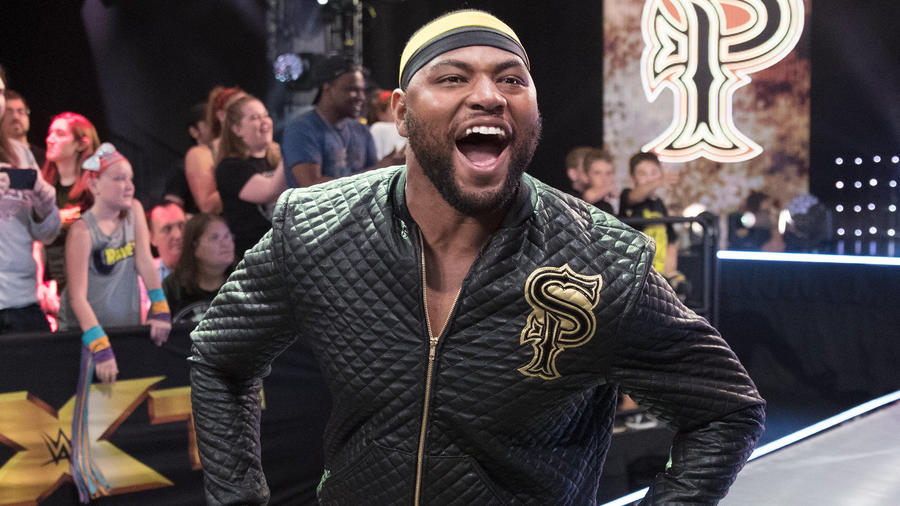 Angelo Dawkins is a proven success story when it comes to athletic achievements. During his collegiate days, this multifaceted competitor captured national titles in three sports: football, wrestling and track. Dawkins credits his previous athletic accomplishments to his highly competitive nature and distinct ability to outmaneuver those who stand before him.

Fast-forward a few years to Angelo Dawkins, established Superstar, and not much has changed. Dawkins remains a top competitor in his chosen sport, an athlete who’s willing to outhustle and outwork opponents at every turn. Although it took The Curse of Greatness some time to find himself — he tested the waters with various tag team partners early in his career — Dawkins experienced a breakthrough moment upon forming The Street Profits with tag team partner Montez Ford.

Becoming a part of Raw, Dawkins and Ford continued to get the smoke competing in some thrilling bouts with some of the red brand's top tandems, including The Viking Raiders and The O.C., before they defeated Seth Rollins & Murphy to capture the Raw Tag Team Titles. Then, still Raw Tag Team Champions, Ford and Dawkins were drafted to SmackDown in 2020 and effectively traded their gold with The New Day to become SmackDown Tag Team Champions, going on to earn a huge victory over Kof Kingston & Xavier Woods at Survivor Series. Now back on Raw after the 2021 WWE Draft, The Street Profits still want the smoke.

With the WWE Universe by their side and a red cup in hand, The Street Profits are destined to be major players in the tag team division for years to come.